K-9 praised for finding missing 3-year-old in just 10 minutes, according to police 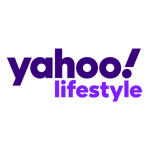 Yahoo Lifestyle 14 hours ago
On Tuesday, deputies were dispatched in Sidney, Ohio, in response to a missing child. Thanks to the Shelby County Sheriff’s Office and one of their K-9 officers, Bandit, the missing three-year-old boy was located in just under 10 minutes.
According to a Facebook post made by the Shelby County Sheriff’s Office, deputy Frank Bleigh and K-9 Bandit were dispatched to the scene in front of a home. Within just 10 minutes, Bandit picked up the scent of the missing boy and was able to quickly locate him. According to Fox News, the young boy was found a quarter of a mile away from his home.
"This is exactly why we have dog units," the Facebook post read. "Watching this track you could tell very well that Bandit had the scent of the child and was well on his way to finding him. I would like to thank Frank and Bandit for a job well done and it was so amazing to watch this unfold."
Instantly, the comment section of the post lit up with social media users praising Bandit for a job well done.
"Heartwarming outcome! Awesome job K9 Bandit and handler," one woman wrote. "So glad the child was found safe and so quickly."
"Way to go K-9 Bandit! You the man! Thank you so much for your dedicated service," another shared. "Officers are so wonderful, but no one can take the place of these special noses, our beloved, K-9’s! God bless them all!"
Others asked the sheriff's office to provide Bandit with plenty of dog treats.
For years, herding dogs like Bandit, who is a German Shepherd, have been trained to use their strength and intelligence to herd livestock — something that translates well when it comes to police work. Along with several other breeds, K-9s like Bandit help police apprehend suspects, using their noses to detect drugs, explosives, and other crime scene evidence, as well as help find missing people. According to the American Kennel Club, search and rescue dogs are able to cover miles of forests, find those buried in an avalanche, and even find drowned victims underwater.
Shelby County Sheriff’s Office did not immediately respond to Yahoo Lifestyle’s requests for comment.

Well done, Bandit!
copied from Yahoo News
Posted by Chloelouise at 7:53 AM

Email ThisBlogThis!Share to TwitterShare to FacebookShare to Pinterest
Labels: according to police, Bandit, dogs, K-9 praised for finding missing 3-year-old in just 10 minutes