JVP, Ilhan Omar and Progress in The West Bank: #LovePalestine

Within hours of being elected, Ilhan Omar was compared to neo-nazi sympathizers. Columnists labeled her an anti-semite. The ADL said it was ‘alarmed’.
Why? Because Omar will be the first member of Congress who publicly supports the Boycott, Divestment and Sanctions movement - and they’re terrified.
Let’s call this for what it is: Ilhan Omar is a brave Black Muslim American woman, who’s a huge threat to unquestioning pro-Israel support in Congress.
That’s why the rest of the money we raise today will go to our Congressional program so we can convince other progressive politicians to join her. Donate now to add your support:
Yes I'll Give!


Let’s appreciate for a moment just how incredible this is.
Our first divestment campaign - against Caterpillar for their role bulldozing the West Bank and Gaza - got started in 2003. Our journey to build a pro-equality, pro-Palestinian bloc in Congress has been almost as long.
For years, JVP has dedicated resources and staff time to support campaigns, organizations and public figures in these struggles. And now these two strands of our work are weaving together.
Airbnb’s decision to stop doing business in illegal settlements is a massive victory for the BDS movement. And the backlash by the Israeli government and old-guard Jewish groups like the Simon Wiesenthal Center (who condemned the BDS movement while calling for a boycott of Airbnb) shows just how powerful we have become.
Ilhan Omar represents the sea-change in public opinion about Israel’s apartheid policies.
That’s why we're making today about building up leaders in Congress - and in halls of power across the country. Because the more support we can create for her, the more progressive politicians we’ll win over. Donate now to add your support:
Yes I'll Give!
Onward, 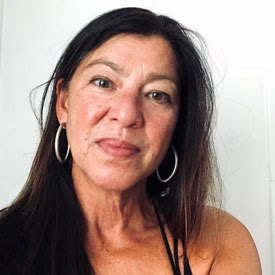 PS: We're sending you to our Facebook campaign for this campaign in part because they're matching gifts on #GivingTuesday, but also to make sure they get a message. In spite of their systematic removal of Palestinian accounts, and more recent attacks on George Soros, we're still here fighting for Palestinians and Jews, everywhere! (And if you don't want to give through Facebook, you can always use jvp.org/givingtuesday).

Jewish Voice for Peace is a national membership organization inspired by Jewish tradition to work for the justice, equality, and dignity of all the people of Israel/Palestine. Become a JVP Member today.
www.Jewishvoiceforpeace.org
Jewish Voice for Peace
1611 Telegraph Ave.
Oakland, CA 94612
United States
This email was sent to chloe.louise.langendorf.louis@gmail.com

We use email to build our grassroots power - don't hesitate
to share your feedback and campaign suggestions.
Posted by Chloelouise at 7:07 AM No comments: