Jericho, occupied West Bank - The sprawling mosaics at Hisham's Palace in the occupied West Bank city of Jericho were on rare display for a single day in October, celebrating the start of a long-awaited renovation project.
Hisham's Palace is home to one of the world's largest mosaic carpets, usually covered with a thick layer of sand for conservation purposes. This year, with help from the Japanese International Development Agency, archaeologists and the Palestinian Ministry of Tourism and Antiquities developed a plan to restore and maintain the mosaics, which date back to the first half of the 8th century.
"Hisham's Palace is one of the most famous sites in Jericho, one of the most important places in Palestine," Iyad Hamdan, head of Jericho's Ministry of Tourism, said of the 150-acre archaeological site, which is composed of a palace, audience hall, thermal bath and fountain pavilion built during the Umayyad period. "Last year, 120,000 people visited Hisham's Palace. After we uncover the mosaic, we expect the number of visitors to double or triple."
Made up of 38 individual designs that cover 827 square metres of the audience hall, the mosaic carpet is an incredibly preserved example of early Islamic art. On October 20, visitors had a chance to explore its many floral and geometric designs before it was covered again. The restoration project, expected to finish in 2018, will see the mosaic uncovered permanently, topped with an elevated viewing walkway and shelter.
"This site is not just for us as Palestinians," Hamdan said. "It is for the world." 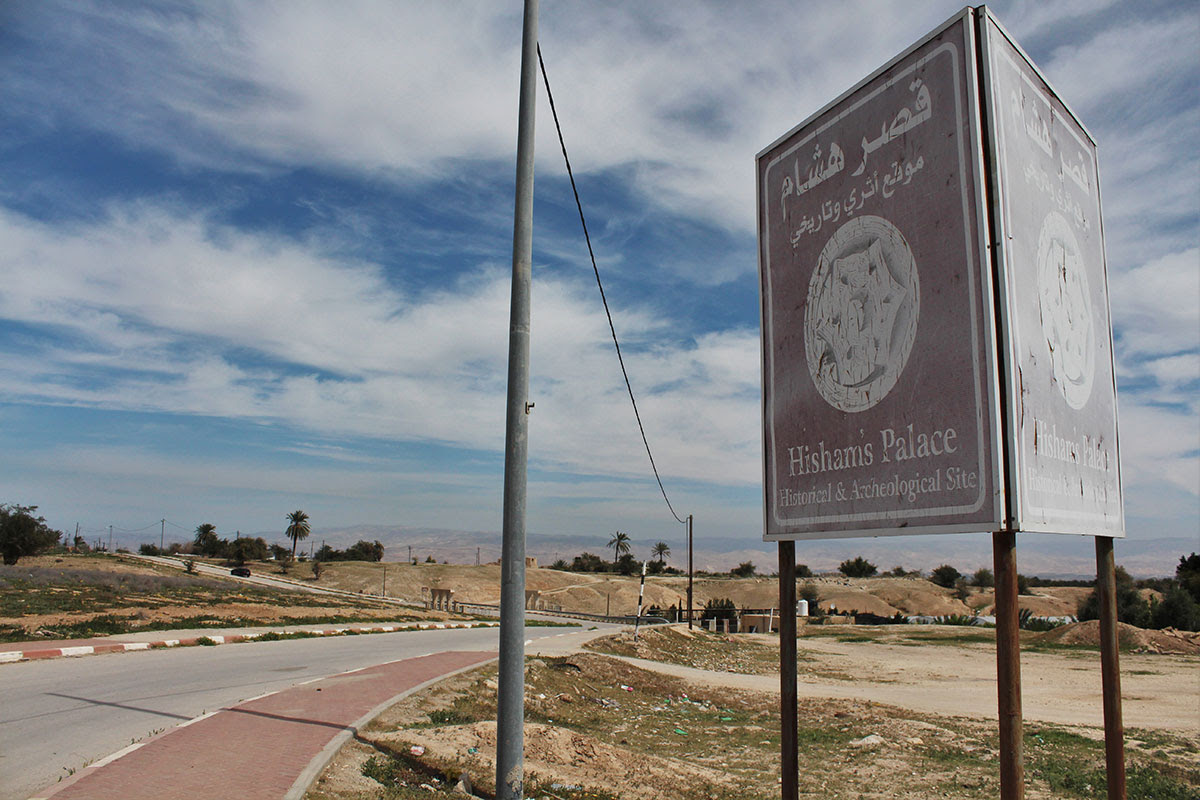 A sun-bleached sign signals the entrance to Hashim's Palace, one of Jericho's most popular
archaeological sites, dating back nearly 1,300 years.

The palace was originally thought to have been a winter residence for Caliph Hashim bin Abdul
al-Malik (ruled 724-743), but recent archaeological evidence dates the palace to 743-744. 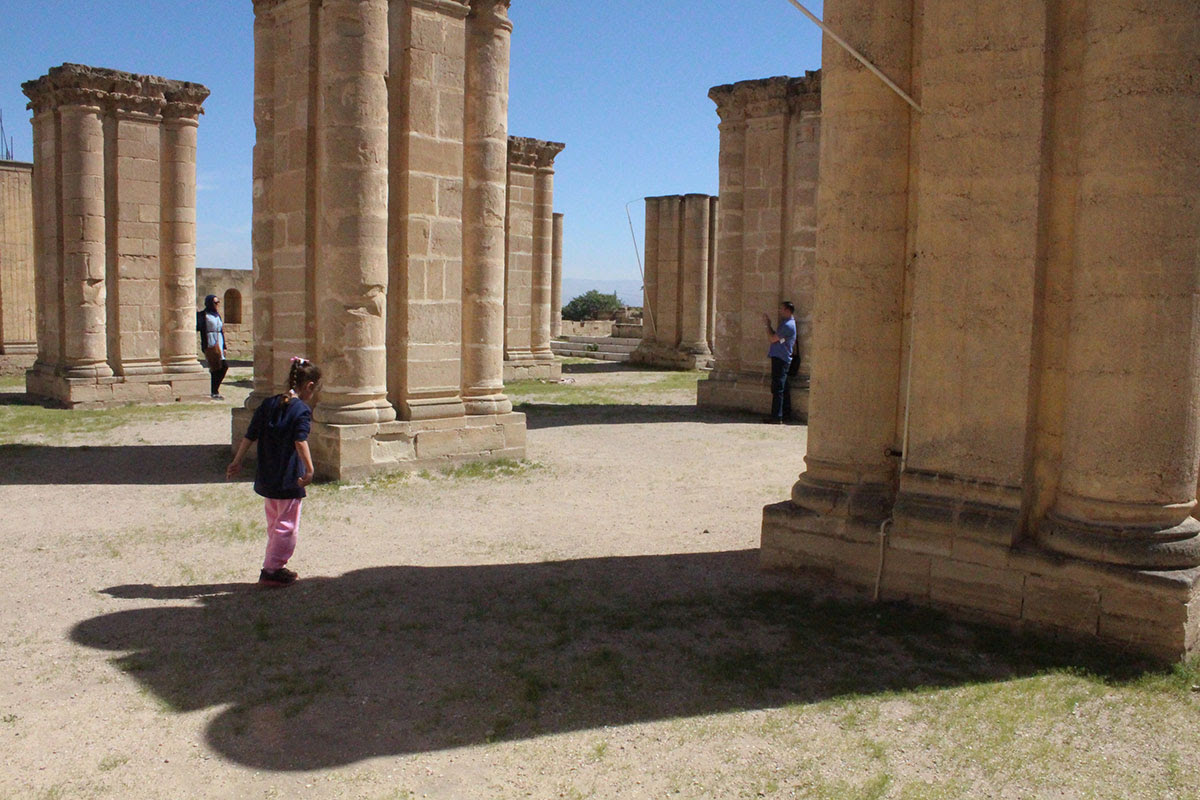 The large mosaic carpet in the audience hall of Hashim's Palace has been covered by a thick layer of
sand since it has been excavated in the 1930s, and unearthed only once in 2010 to assess of state of
the tile floor. 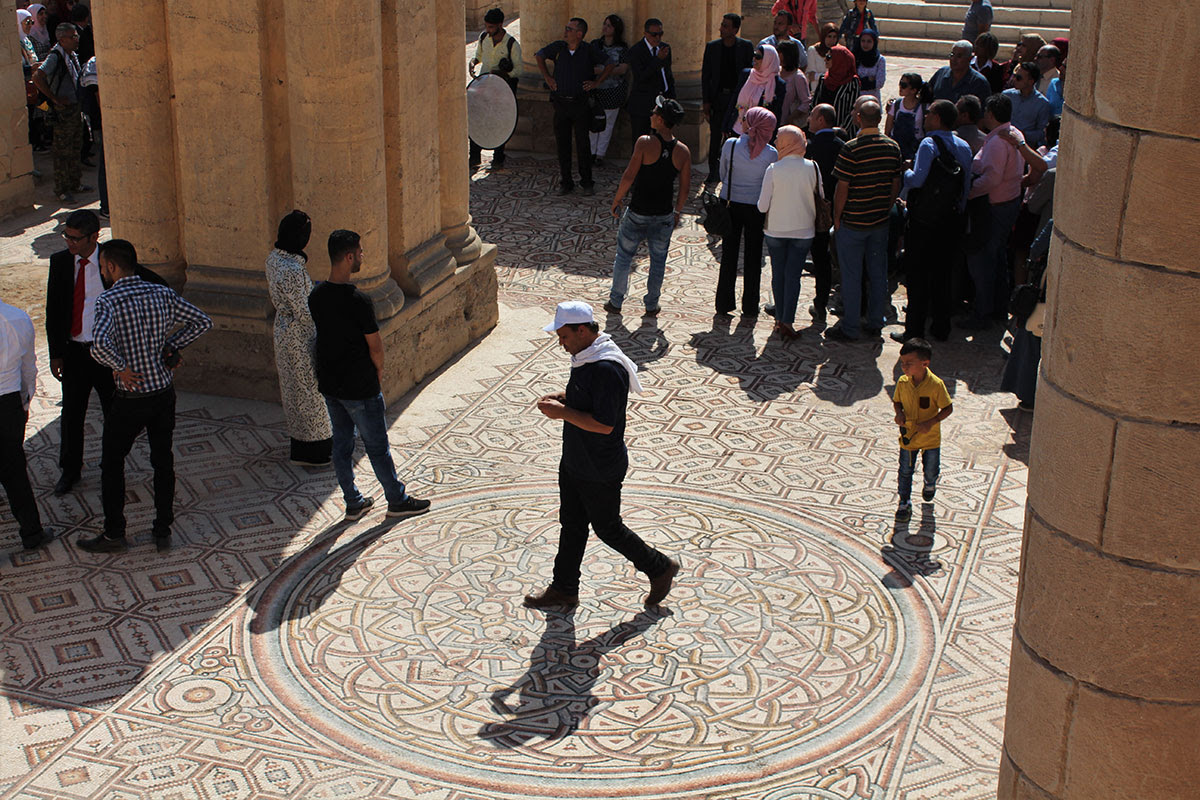 This month the Palestinian Ministry of Tourism and Antiquities celebrated the start of the mosaic
restoration by uncovering the mosaic and opening it to the public.  Visitors were allowed to
carefully tread on the floors which have been dated back to the first half of the 8th century. The 826 square metre mosaic is made up of thousands of small tiles, which form intricate geometric
and floral designs which are emblametic of early Islamic art. 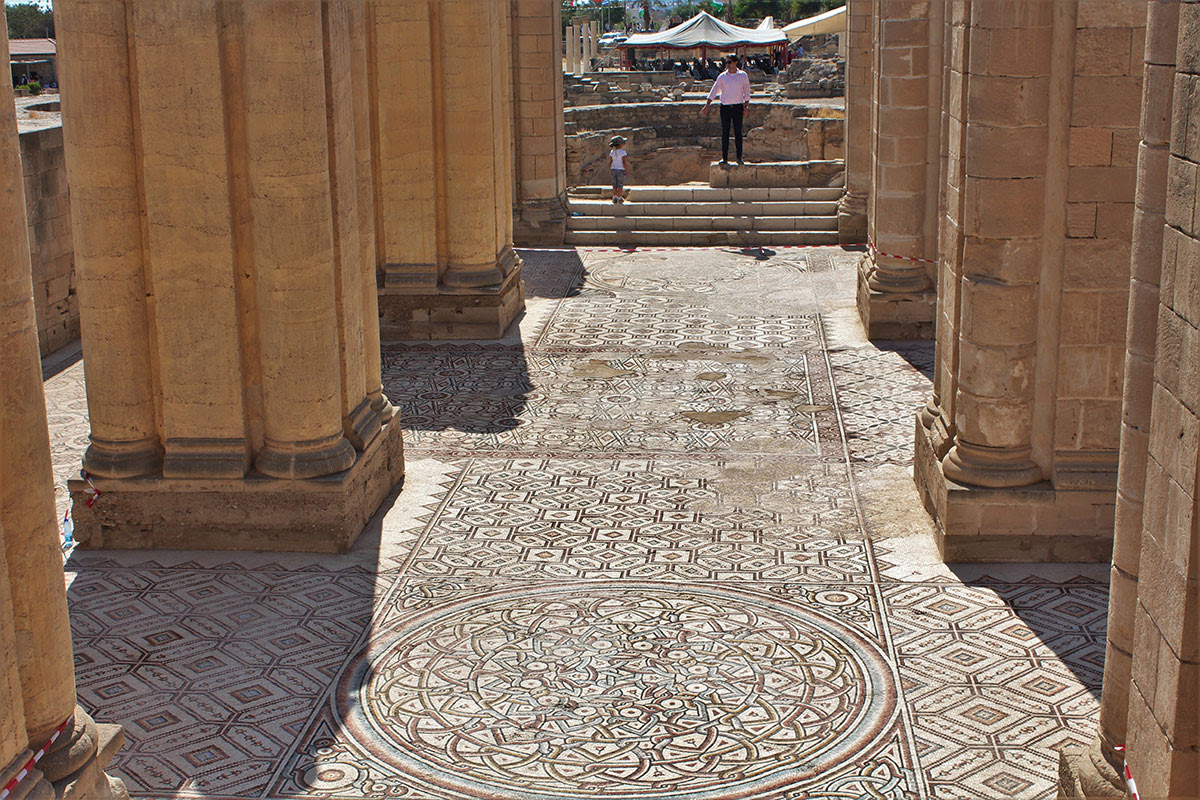 Posted by Chloelouise at 8:26 AM