Once Peter Janney starts talking about his book Mary's Mosaic and his first hand knowledge of Mary Pinchot Meyer it is almost impossible to get this compelling story out of your mind.

This man not only grew up as a friend and neighbor of Mary Meyer but he also had a relationship with her son.

Peter Janney's father was a grand poo-bah in the CIA.

Listen to him chat about his story and see what your take is--it is impossible not to be influenced by his unique relationship with Mary as she comforted him as a mother as his own parents were often emotionally absent.

No, this man has a lot to offer and as a JFK assassination follower for over 50 years it is as if he is filling in some of the missing pieces of the puzzle as to who JFK was; a very great man but with some definite weaknesses and someone who had a world vision for our country.

He goes on to explain JFK was saddled by a raucous group of CIA big wigs that did no want to let go of their power or accept Kennedy's idea of world peace.

Peter Janney grew up with Mary Meyer and he obviously loved and had great respect for this beautiful lady.  He presents a picture of Mary with a personal friendship and ultimate gratitude for this forward thinking lady.

Many can relate to parents that have an alternative motive other than the welfare of their children. Sadly, he knew something was going on but in the end it took a lot of work and research to find out exactly what his father had as a goal.

As a psychologist as he further defines JFK and some of his addictions it is refreshing because some of the antics of the beloved president are hard for the average citizen to hear and understand.

The JFK story is human nature all the way around but it is nice to have a professional try and explain some of these mysterious actions to us.

Thank you Peter Janney for taking the time and the hard work for telling us a little bit about your life and your relationship with those who directly affected John Kennedy.

Your life was directly affected by John Kennedy.

I hope you will tell us more as time goes on--your life story is important to all of us and the history of the world. 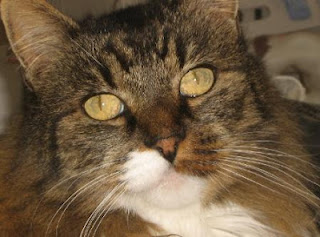 Posted by Chloelouise at 9:39 AM No comments: