David Bowie at Heathrow: Too cute 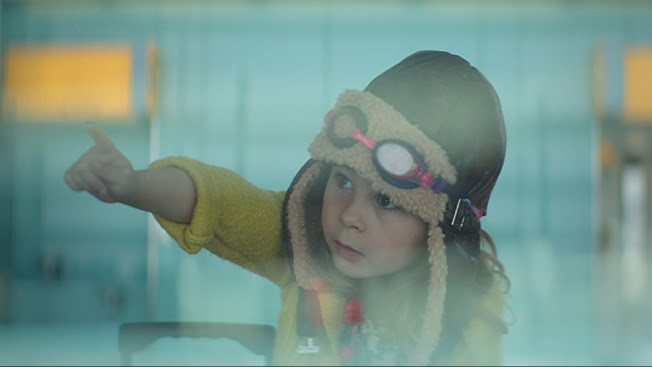 Ad of the Day: Heathrow Ai

Flying is magical once again, if seen through a child's eyes.
This is the story of an adventurous little suitcase that heads to Heathrow Airport in London, makes it through security relatively unmolested and falls in step with another cute carryall on the same journey.
Oh, the romantic possibilities.
But this ad, the first television campaign in Heathrow's 70-year history, isn't a rom-com setup for inanimate objects. It's meant, instead, to be a look at travel through the eyes of an adorable 5-year-old named Harriett, whose companion, aside from her adults, happens to be a piece of luggage with a wide-eyed owl face. (Don't look now, but Owly is actually on sale at the John Lewis store in Terminal 2).

That roller bag gets as much exposure as the kid in the 90-second spot from Havas London, but the point's made: Going someplace on an airplane can be magical, if viewed from a child's perspective. Her old-school aviator hat and goggles are just icing on the cake.
The commercial, dubbed "First Flight" and set to David Bowie's "When I Live My Dream" from his debut 1967 record, just launched on social media and will hit TV in the U.K. on Thursday. A related contest with Qantas, asking people to share their favorite Heathrow memories, will give 70 winners a trip to Australia.
Surely they'll throw in Owly for the trip.
CREDITS
Client: Heathrow Airport
Agency: Havas London
Executive creative director: Ben Mooge
Creatives: Barnaby Packham, Daniel Bolton
Group business director: Caroline Saunders
Senior account director: Julia Mahoney
Agency producer: Kiri Carch
Assistant producer: Femi Ladi
Production company: Outsider
Directors: Dom and Nic
Producer: John Madsen
Director of Photography: Alex Barber
Editing: Ed Cheeseman, Final Cut
Post: The Mill
Sound: Antony Moore, Factory

copied from adweek.com
Posted by Chloelouise at 8:10 AM No comments:

@Bakari Sellers: Would love to hear him speak at the Democratic Convention in support of Hillary Clinton


Would love to hear him speak at the Democratic Convention in support of Hillary Clinton.

Well done last evening and yesterday on CNN going against the false claims of the trump group.

He speaks with passion yet never crosses the line of being inappropriate or saying the wrong thing on national television.

Good job at getting the message across.


Chloelouise--Hillary girl forever
Posted by Chloelouise at 6:54 AM No comments: