No, we have got to be able to say what we think--and who knows--in the long run we may end up changing our minds anyway.

Both Ronnie and David Gergan said today they have never witnessed this kind of violence at a political rally as told by CNN when a reporter was ruffed up at a donald trump gathering. 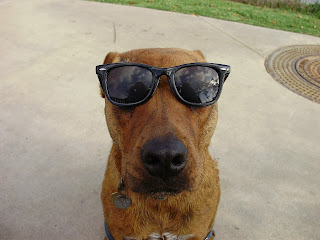 Seriously, I can tell you from personal experience violence is just not acceptable.

Sure, you can go down to the dog park and through a gift of God, there are some of us who can mix it up pretty good.  Right, it's an ego trip for a few minutes but in the long run what does it get you.

In today's political environment one has got to think things through before they act--like Hillary said, there can be devastating consequences.

First, if fighting is involved, your mom is going to be angry and who wants to suffer that--do you want chicken jerky when you get home or not.

My mom makes me homemade chicken and rice and I am just not willing to do anything that might jeopardize that situation.

Do you even want to go to the dog park again, or what.....because after fisticuffs certain individuals--people and dogs--are asked to leave.

Trust me on this one--I have seen it happen--the uniformed authorities can be involved, as well,  Then it is a forever situation.

At the end of the day one has to ask themselves.....do I want to watch the debate on the electric blanket with the cats and my mom....or do I want to end up alone in the proverbial dog house.

Posted by Chloelouise at 11:04 AM No comments:

Stunningly beautiful in her bright blue suit, Republican commentator Ana Navarro said there was always violence now at the rallies of donald trump and we can expect more.

Telling the story of a female reporter that was met with rough treatment at a rally, Ana said this cannot be tolerated.

Ana Navarro said it was a right in our country to protest and we all can see this everyday if we just walk by the Whitehouse.

Anna went on to explain that this is an everyday occurrence--folks want to have a voice if they do not like what the man or woman in the Whitehouse is doing--these individuals cannot be faced with baseball bats just because they have an opposing view.

Also on CNN this morning Professor Washington said it was shameful for violence to be taking place at a political rally in this day and age.

For the Ronnie Republic Ana Navarro, SE Cupp and John Kasich and Marco Rubio are the new face of the Republican Party.

These individuals are modern and saying their views about policy--they are accepting men and women that do not look like them.

Anna Navarro said she will be voting for her friend Marco Rubio who fared very well at the GOP debate last evening.

Chloe Louise is leading the Cats for Kasich contingent and her contacts have said to her there is a good chance the pit bull league will go that way as well.

David Gergan said today on CNN there is a very good chance that John Kasich will be the one to take one of the wheels off the trump mobile.

Posted by Chloelouise at 9:24 AM No comments: