By Joe Nelson
I have interviewed many people in the radio and TV industry over the years. Tuesday I was on the other side
for the first time.

By now I think everyone knows for the last year my daughter & I have been living with Iheart's Chris Merrill
and his wife, "Mrs. Voice of Merrill" LuAnn. Also their daughter Sierra and dog Dutch as well as newcomer
Milli the puppy.

Sierra is a senior and was to interview someone 'with a passion'. She came to me and of course I had to accept.

At the end of July we will be moving our separate ways but this has easily been one of the most enjoyable years
of my life, not to mention how much confidence my daughter Katie has gained through the guidance and
mentoring the Merrills have provided. This is a GREAT family!

And now, the interview:

Show Me the Passion


Joe Nelson is the Editor-in-Chief of SanDiegoRadio.org. He is someone that I look up to
because he is so passionate about everything he does, especially radio. Joe has been a close
family friend for almost five years now, so really he is more family than a friend. Being
editor-in-chief Joe has several responsibilities; photographing, interviewing, writing and
researching. He has been working on SanDiegoRadio.org for five years, it was his experience
and opportunities to get involved in radio that got him involved and kept him interested
ever since. Joe puts in at least 20 hours into his work every week, but that isn’t much
considering how much he enjoys what he does. Meeting people, socializing, and everything
that he learns on a daily basis are some of the things he enjoys the most.

Joe says; “People have jobs and careers, but when you truly find something that touches you
deeply it becomes a passion and not a job.” He is thankful that he has found his passion in
his life. Even if he won a $100 million lottery, he would continue doing what he is doing
because it has been his passion for many years. In the past Joe saw himself as a baseball
player but he knew he had a knack for writing and radio so he made something out of it.
There are very few things that Joe does not enjoy about his job. But there are challenges
and lessons to be learned from every career. Joe occasionally receives information about
a person's’ fate, such as if they are going to lose their job, even before they are aware.
He has to make the difficult decision to either keep this information to himself or publishing
it for fear of hurting other people. Besides that Joe loves what he does, he hopes to continue
this career because of how rewarding it is.

There have been many people in Joe’s life that have inspired him.

Firstly Jim Ladds’ book, Radio Waves has inspired his life he carries this book with him
almost everywhere. His daughter also plays a huge role inspiring and helping move forward
his career. She has been there from the start, she is always a huge help and it has produced
some great father-daughter bonding time. Joe has met a lot of people from his career,
people who have become life-long friends. People such as Shotgun Tom Kelly and Dave Rickards.

Meeting these people have been the highlight of Joe’s career. Growing up Joe's role models
were his parents, as he got older everyone he met and worked with in his job became
important role models because of the positive influence they had in his life. Now everyone
that is in local radio or TV are his role models because of the close relationships that
he has made with them and the impact they have had on his radio career.

Joe is the only mediawriter in San Diego. He has created something that is entirely his own
and the impact is great on the community because it is his own voice. Joes’ advice to a
high school student preparing for the future? “If you find your passion, go at it 100% and
your heart will always thank you.” 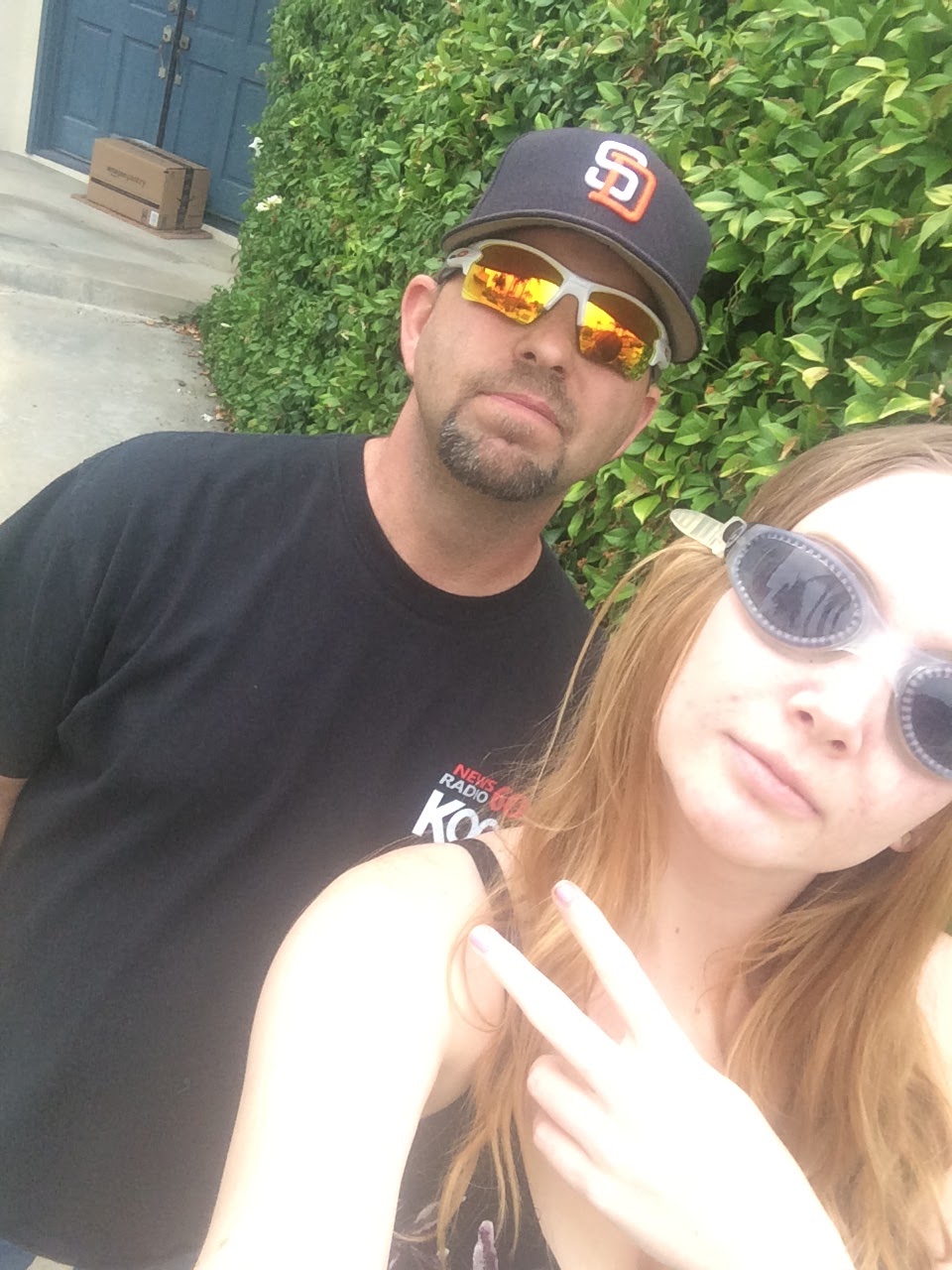 -It's not surprising that she is wearing swim goggles or that there is an Amazon box on the porch.
That's the crazy we love with, and love-


Joe Enjoys long walks on the beach, Disneyland, and mexican food.
You can find him frequently at Cafe Coyote in Old Town. If Joe wasn’t doing radio
he would be building sets for Hollywood movies. And if he were a dog, he would be
the president's dog so he could protect the leader of this great nation.
Posted by Joe Nelson at 9:23 AM

Love this story as I am passionate about radio, as well.  It is nice that there is a blog about San Diego Radio.  So outraged, in the past, by some things that were said on the radio here in San Diego in the morning.  Not believing the words going over the air waves for everyone's consumption this blog lady was forced to write about it--even starting their own blog.

Here is the crazy thing about the radio......

Unless it is Dr. Laura or Rush Limbaugh it seems like the radio personality is preaching to the choir.  In other words, no matter what they say and how obnoxious it is, no one cares.  It that because of ratings, or what?

Still have not quite figured it out but unless major sponsors are backing out of the deal, as in the case of Dr. Laura and Motel 6 re: her racist comments, the folks on the radio can get away with anything.

Right or wrong?  What do you think?

There is really not any blog or Internet newspaper that pertains to local radio that I could find and I looked extensively at one time.

So one day at the dog park in a conversation with a local radio personality one tried to work these points into the conversation.  It was said that it was only entertainment, not really a call in talk show as touted, and one could simply change the station or turn the radio off if they were offended.  Really....not to this blog person.

You had said earlier that you no longer wanted to have comments as your interest was not other people's opinion in writing your blog, but personally, We are lucky to have your blog even though it is more geared to jobs as opposed to one's opinions about certain shows.

But where does one talk about a show if they have an idea or different view or a complaint.  Does anyone actually care about local right wing talk radio--does anyone really listen to it with a different view?

Love Merrill and miss listening to him in the evening but I like Ernie Brown, also.

Ladona and Ted Garcia are the best incarnation of KOGO's morning drive and they also have great interviews.

Thank you for your good information.

If you do not mind I will put your interview in my blog because I like to write about San Diego Radio, also.

Yes, I love to write about food, too.
Have you tried Desert Donuts in Phoenix--It is worth the trip.

Posted by Chloelouise at 7:16 AM