Last Updated May 30, 2016 12:53 PM EDT
Weekly Standard editor Bill Kristol sent out a provocative tweet Sunday, calling for a "heads up over this holiday weekend" that another presidential candidate -- an independent -- would be entering the race for the White House.

Kristol said no more Sunday evening, beyond the tweet, which referred to the yet-to-be-named candidate as "an impressive one, with a strong team and a real chance."
Donald Trump unleashed a series of tweets in response, insulting Kristol, and both badgering the GOP and calling on the party to unite against this unnamed new opponent. He also implied in his tweets that an independent run would mean a Clinton victory and a liberal nomination to the nation's highest court.
Kristol's original tweet may have been a little wishful, though. A source who is also part of the effort to recruit a candidate to run against Donald Trump and Hillary Clinton told CBS News' Julianna Goldman not to expect an announcement for a couple of weeks.
The Washington Post had reported a little over two weeks ago that GOP operatives had mounted an effort to derail Donald Trump by bringing in another conservative candidate. Goldman confirmed that several names were being considered at the time, including former Oklahoma Sen. Tom Coburn, former Secretary of State Condoleezza Rice and retired Army Gen. Stanley A. McChrystal.
Independents sense an opening -- Trump and Hillary Clinton have the highest unfavorable ratings in CBS News/New York Times polls going back to 1984, when the question was first asked.
But the time for an independent candidacy is running short -- the deadline to make it onto the Texas ballot for the general election has already passed, and North Carolina's deadline is coming quickly on June 9.
© 2016 CBS Interactive Inc. All Rights Reserved.

Posted by Chloelouise at 12:13 PM No comments:

Posted by Chloelouise at 11:51 AM No comments:

HotPatterns Sunshine tops 1of 2: talking about tee-shirt design on @The RonnieRe

Posted by Chloelouise at 7:45 AM No comments:

HotPatterns Shirt-Tail T's show-and-tell: Bringing the world together with food and fabric on @TheRonnieRe

Posted by Chloelouise at 6:28 AM No comments:

Bike Palestine: Seriously, I Really Want to Go On This Tour 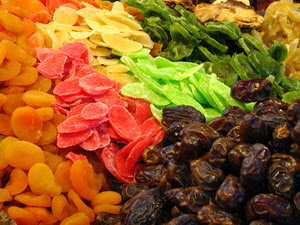 Not just Biking, but what about food and photography........


"We wholeheartedly recommend Bike Palestine as a wonderful way to see the beautiful countryside and meet with Palestinian people. We managed it at 60+ and were so glad that we were part of such a supportive and friendly group" - Ann & Mike Eggboro, UK 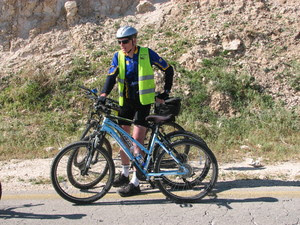 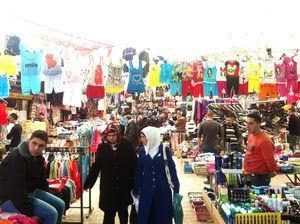 here is a link to the page and the website:


A man who flew 11,500 miles to see Jeremy Irons in a play at Bristol Old Vic had the surprise of his life when the Oscar-winning actor came out to meet him.
Gary File, a drama teacher

from New Zealand, had flown to England to see Jeremy Irons
perform in A Long Day's Journey into Night at the King Street Theatre
on Wednesday night. Unbeknown to him, his son Kiernan had
contacted Irons, who surprised Mr File by inviting him into his dressing
room for a chat after the performance.

gift to himself he wanted to see this classic play at the Bristol Old Vic with Jeremy as James Tyrone.

Kiernan wrote to the debonair star to tell him about his father's globetrotting trip.


The letter read: "I know he will appreciate the experience regardless. However, I was wondering whether there was any chance Mr Irons would be willing to briefly meet my father at the conclusion of the show? He doesn't know I have written this, so there is no pressure if this is not possible.
by Taboola
"I thought I would at the very least try as he has given so much to our family and to generations of drama students

in New Zealand, and asked for nothing in return.

"A surprise like this would make his trip."
Despite being exhausted at the end of the epic and heart-rending three hours 20 minutes show, Jeremy happily agreed to an audience with the long-serving teacher. Over a glass

of whiskey, the pair discussed the play and their mutual passion for the theatre and sailing.

After the meeting, Jeremy said: "We all have that one teacher who inspired us to become the people we are today. From reading his son's letter, it's obvious Gary File is one of those teachers to many of his students.
"I'm so pleased to be able to meet Gary and congratulate him on 40 years of teaching drama to young people. I wish him a very happy retirement and thank him for making the long journey from New Zealand to see us this evening."
A thrilled Gary added: "It was quite a surreal experience because when you've admired an actor since the 1980s and you finally go into a dressing room and meet them like that and they are so warm

and generous it takes your breath away.

"He was so kind and welcoming and interested in what someone like me had to say about the play – when you're talking to one of the world's premier actors it's remarkable. It was a bit hard to take in when I was first told I was meeting him after the show and it all happened so quickly."
Read more: http://www.westerndailypress.co.uk/11-500-mile-trip-hero-play/story-29159493-detail/story.html#ixzz48efVVYuo Follow us: @WesternDaily on Twitter | WesternDaily on FacebookRead more at http://www.westerndailypress.co.uk/11-500-mile-trip-hero-play/story-29159493-detail/whatson/story.html#WlKoRBQyMiHXIIzT.99

Posted by Chloelouise at 11:14 AM No comments: