Ohio governor and Republican presidential candidate John Kasich speaks at Villanova University in Villanova, Pa., on Wednesday. (Photo: Dominick Reuter/Reuters)
Normally, it wouldn’t be a very big deal for a popular two-term governor to win a presidential primary in his own state, especially if it’s the first of 29 states (and a couple of territories) he’s actually won. But normalcy isn’t even on speaking terms with politics this year, and so it was that John Kasich — after laboring as an afterthought through weeks of primaries and a dozen debates — woke up yesterday to a changed reality.
On the Villanova campus, where I caught up with him, something like 1,000 students jammed into an auditorium and an adjoining overflow room to see Kasich, who often sounded more like a dad than a presidential candidate. (“Here at Villanova, there’s a lot of lonely kids,” he said at one point. “Invite them to go out for pizza. Invite them to the basketball game.”)
Afterward, Kasich wandered into an impenetrable swarm of TV reporters, whose aggressive and overlapping questions — almost entirely about Donald Trump and delegate math — he politely deflected.
Then I followed him out the back door, where his Ohio State Police detail was holding off another sizable throng of onlookers and photographers. We jumped into his black Suburban.
“Do you believe this, Matt?” Kasich said, turning around from the front seat to face me as the car surged forward. “Can you even believe what you saw there today? It’s incredible. Holy cow.”
I had to admit: It was something.
I’d interviewed Kasich on the eve of his announcement last July, and what we’d talked about then was temperament. As a young and ambitious congressman, and even in his early years as governor, Kasich had been known as impulsive and impolitic, quick to offend and quicker to retaliate. He chafed endlessly against the established order of his own party.
The knock on Kasich then was that he could never be disciplined or measured enough to project a presidential stature. Seriously.


Now here he was, the last man standing against Trump and Ted Cruz, the only candidate left with governing gravitas. And more improbably, it seemed the campaign had transformed Kasich himself, or at least the public perception of him.
Somehow, the brash, prickly boy wonder of the Gingrich revolution — a guy still reviled by a lot of his liberal adversaries in Ohio for his evident moral certainty — had been elevated to the position of his party’s designated grownup.
Not only had Kasich managed to contain his famous temper over the last several months, but he had emerged as the most relentlessly upbeat candidate in either party, the favorite Republican of editorial boards and just about every voter who wasn’t planning to vote in Republican primaries.
I asked him if he thought he’d grown into this role during the campaign.
“There has been a big change in me, and that’s that I realized that people need encouragement,” he said. “More than I thought they did. They need to believe in themselves and their ability to change the world. I know that.
“I guess there’s an evolution as I’ve aged, and there’s my family and all that,” Kasich went on. “I’m not a kid anymore, you know? I’m 63 years old. Everybody grows up, I hope.”
But if it’s true that Kasich has mellowed (and I think it is), then it’s also true that his metamorphosis has a lot to do with the contrast he’s drawn. If this year’s Republican field were led by, say, John McCain or Mitt Romney, Kasich would probably seem like a slightly less irascible, less impulsive version of the guy who took the stage on the night of his first gubernatorial election and shouted: “I’m going to be the governor of Ohio!”
But as we and most alien civilizations surely know by now, this year’s field has been dominated by a crass showman who plays with extremist language as if the entire campaign were a Mad Lib. And every overshadowed governing candidate has had to make a decision, at one point or another, about how to remain relevant without losing all dignity.
Jeb Bush vacillated between punchless attacks and plaintive whines. Marco Rubio descended for a pivotal week into Triumph-the-Insult-Dog territory, then regretted it just as quickly. Chris Christie befriended the bully and now seems to occupy the organizational rung just below Trump’s butler.
Alone among his peers, Kasich decided that if this was the last campaign of a long career, he was going to go out his way, with seriousness of purpose. And if espousing pragmatism while ignoring Trump has made him seem, for much of the campaign, like a man oblivious to the moment, it has also earned him broader admiration than all the balanced budgets in the world.
Kasich said this week that he would weigh in soon on Trump’s attitude toward women. I asked him if this signaled that a new, combative phase in his campaign was about to begin.
“I’m going to say things when I feel compelled to say them,” he replied, shaking his head. “More combative? I don’t like the sound of that. I’m not interested in being combative, but every once in a while, when you see something that makes your blood boil, I think you should say something about it.”
Trump’s rhetoric isn’t new, so why had he waited this long to get incensed?
“I had a lot of stuff I didn’t know,” Kasich told me. “You might say, ‘Well, how could you not have known about what was happening at those rallies? How could you not have known about his rhetoric?’ Because I didn’t know. I’m running my own thing.
“And when I’ve seen it,” Kasich continued, “frankly I’ve been stunned by the coarseness. It’s beyond coarse, the insulting and incendiary nature of some of what he has done.”
I couldn’t be sure whether Kasich was really the last American with a television to find out about Trump’s verbal recklessness, or whether he simply couldn’t afford to ignore it anymore. As much as he’s burnished his image by remaining at an Olympian remove, the mathematical fact is that Kasich can’t win without somehow taking Trump down.


Even if Kasich were to consolidate his vote with most of Rubio’s (which is unlikely), it wouldn’t be enough to beat Trump and Cruz in most states, as long as they continue to pile up the kinds of pluralities they did this week. Kasich would have to peel off some sizable segment of voters from both candidates, and even then all he can do is keep Trump from clearing the threshold needed to clinch the nomination.
“I have a unique opportunity, because we’re now gaining momentum,” Kasich told me, shrugging off the obstacles. “What would you rather have, momentum in the first quarter or momentum in the fourth? Cruz didn’t win anything last night. I did.
“And you know what? People across the country are celebrating that victory in Ohio. Because they believe it sends a message that somebody who has a record, somebody who can bring us together — that there’s hope for that yet.
“I don’t see that anybody is going to have enough delegates,” Kasich told me. “And then you have a convention. I mean, why are people hyperventilating about that?”
Kasich’s plan, in other words, is to keep Trump from amassing the 1,237 delegates he needs, and then to effectively declare a reset at the convention. His campaign added a team of serious party insiders this week — among them the superlobbyist Vin Weber and the longtime strategist Charlie Black — to begin preparing for a delegate war.
But as Kasich well knows, the “hyperventilation” in some circles comes from imagining what will happen if Republican operatives try to overturn the will of their own voters. And this is why Kasich needs to do more than simply keep Trump under the magic number; he also needs to win a bunch of states that aren’t his own between now and early June.
In the end, an establishment-led challenge will be viable — or at least something less than suicidal — only if the leaders of various delegations can plausibly make the case that Kasich was the party’s strongest candidate by the time the primaries ended.
If nothing else, there’s little question that he’s now the most electable of the bunch. I asked him if it felt odd, despite his sharply conservative record and evangelical fervor, to have become the Republican Democrats like best.
“I have always been able to attract the independent and conservative Democrats,” Kasich told me as the car came to a stop. “When their party’s turned hard left and they feel left behind, we’ve always had an ability to get those votes.”
We were sitting in the driveway of a country club in Merion, Pa., where Kasich was about to attend a fundraiser. I thanked him for spending a little more time with me on what I knew was a rough day.
Kasich laughed, as if deeply amused.
“It’s not a rough day,” he said.

from the ronnie re: 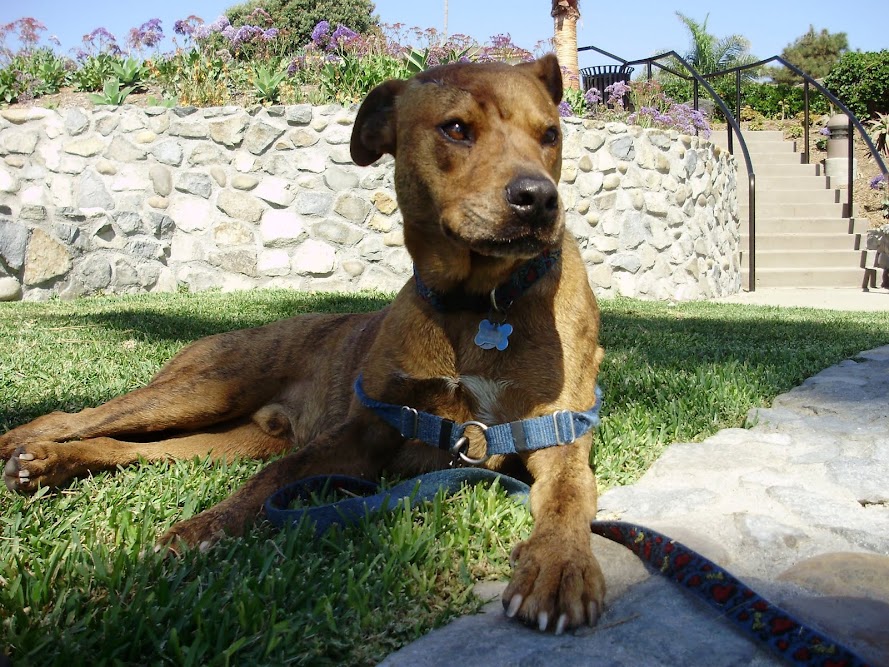 At the end of the day this is the look Donald Trump would like to achieve--this is the message he is really trying to send--but when it comes to color, texture, strength, confidence--it might just come down to gene pool. -

Posted by Chloelouise at 9:35 AM