I Will Never Call Her Again: Mother The Narcissist

'I Will Never Call Her Again': Daughter of Missing Indiana Woman Discovered 42 Years Later Has No Plans for a Happy Reunion

staff@people.com (Hilary Shenfeld @HilaryShen),People 2 hours 20 minutes ago
After more than 40 years of thinking her mother was dead, Tammy Miller got the surprise of her life this week when she found out her that her mother was actually alive and living under a new name 1,200 miles away.
But her story doesn't have a fairytale ending and there are no plans for a joyous, tearful reunion. "I'm angry," Miller, 45, tells PEOPLE in her first extensive interview. "This isn't going to be one of those happy, made-for-TV movies." Miller's mother, Lula Ann Gillespie-Miller, left her Laurel, Indiana, home in 1974 at the age of 28, leaving behind Tammy and her other three small children – another girl and two boys. The family received a letter from Gillespie-Miller in 1975 postmarked from Richmond, Indiana, but didn't hear from her again and believed she was long dead, Miller says, assuming that her body was one discovered in 1975 in Richmond. The case of the unidentified woman in Richmond had long grown cold when police revived it in 2014, according to Indiana State Police. While investigating that case, they eventually learned on Thursday that Gillespie-Miller, 69, was in fact living in Texas under a different name, police say. "I could have fell out of my chair," Miller says. "I was shocked." 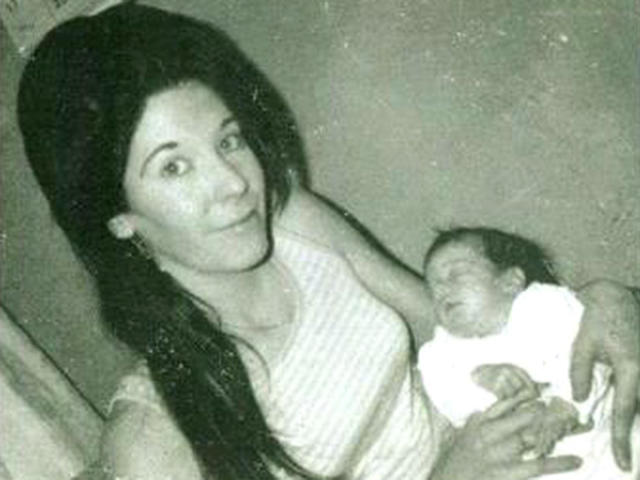 "I will never call her again"

Miller says she called her mother on Friday, but the woman said she couldn't talk. "It was less than a two minute conversation," Miller says. "She said, 'I'll call you when I'm able to talk,' " but it's a call Miller doesn't think will happen. "I will never call her again," Miller said. "It felt like being rejected all over again."
Miller says she's still processing a range of emotions after thinking for decades that her mother was dead, but now realizing that her mother made a decision to disappear. "It's almost like going through the grieving process again," Miller says. "I'm glad she's alive, but it hurts emotionally knowing this was her choice."

Grandmother did an "awesome" job raising the kids

According to Miller, her mother led a troubled life, including alleged involvement with alcohol, dealing with the death of her husband in 1969 in a car accident and an alleged violent assault and rape in 1974. "She really wasn't taking care of us kids that well," Miller said. In 1971, Gillespie-Miller turned over their care, says Miller, who grew up in Indiana with her half-siblings, a sister, now 50, and two brothers, now 49 and 47.
They were raised by a woman she calls "Grandma Catherine," whose son Joseph was the father of the three older kids and who died in 1969, says Miller, who claimed she is the product of an affair her mother had with a married man. 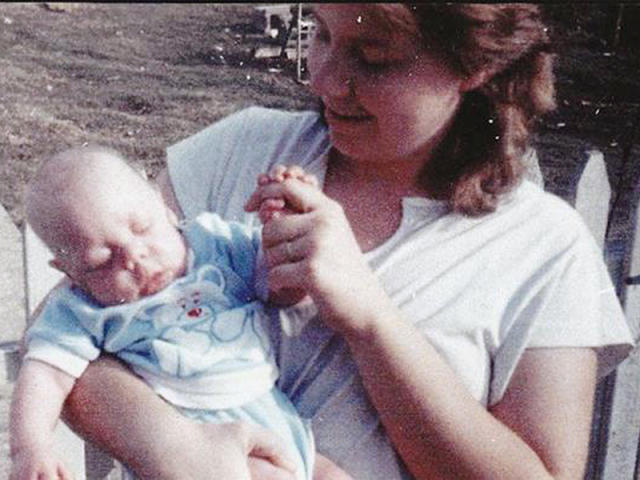 "My grandmother who raised me did an awesome job," Miller says. "She never went one day without letting us kids know she loved us."
Miller says she doesn't know why her mother left in 1974. "I don't know what mother would do that," Miller says. "I would walk through fire for my kids." But Miller does give her credit for leaving the kids in good hands. "She did one thing right, that was giving us to our grandma," Miller says. "That was the best decision she ever made." When police knocked on her door, Gillespie-Miller didn't know why they were there, according to her daughter. "She told them, 'Why would anybody be looking for me? I've been living here for the past 20 years,' " Miller says. Gillespie-Miller could not be reached by PEOPLE for comment. 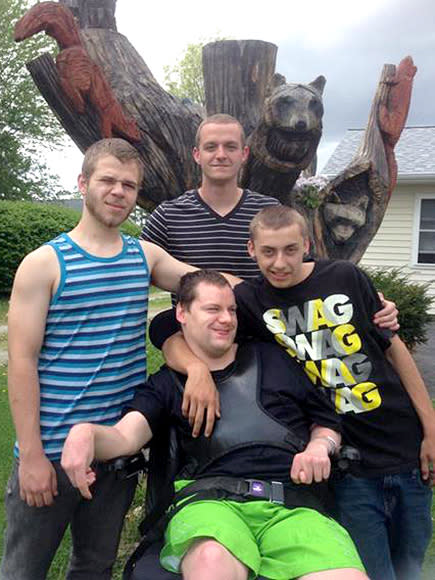 "I'm going to have a wonderful life"

Miller is now a divorced mother of three children – ages 26, 23 and 20 – and she raised a fourth child, 21, with her long-time boyfriend. She works in Indiana as an administrative assistant for a company that provides speech, occupational and other therapies to children.
Miller said she feels a sense of relief knowing that she now has at least some answers about her mother. "I'm going to have a wonderful life," she says. "I know it wasn't my fault. It was her loss."

Posted by Chloelouise at 9:34 AM