Carl DeMaio on KOGO 600 San Diego: A One Sided Report

I loved Carl when he was with Sully on KOGO because I think he is a gifted radio personality even though we are on different sides of the fence politically.  Once Sully left and he was on his own the show is so crazy one-sided ultra right wing with the accent on punishing.

Every time I turn on the radio and hear his voice he is going on about Hillary:  how she is going to jail, laughing at her, making fun of her personal traits......why?

It's not a fair show or a news show or a political show when he talks that way, it is just his own hatred of women.

If they want to have a show like that they might as well bring back chip franklin.

DeMaio Report. Investigative journalism and inside knowledge with an eye on solutions. The show focuses on the issues that matter most to you.Read more: http://www.kogo.com/onair/the-demaio-report-56776/#ixzz3zd0uOXMF

This false and ridiculous statement appears on KOGO's website--I guess that's true if you are an ultra right-wing nut that hates women and democrats.  I do not really call his show investigative journalism--perhaps he is drinking the same Kool-Aid as Bill O'Reilly.

The DeMaio Report airs on KOGO 600 AM news/talk radio in San Diego weekdays from 3-6 PM.


Republican US Senate Candidates to

Debate Feb. 8 on the DeMaio Report 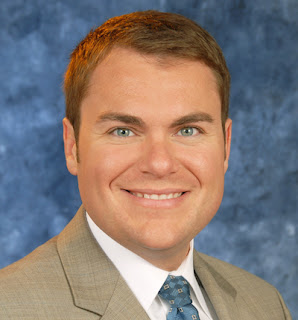 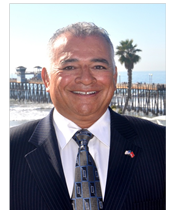 WHAT:
With the retirement of US Senator Barbara Boxer (D), California will see a hotly
contested U.S. Senate race in 2016.  Three Republican candidates are vying to
consolidate the support of GOP voters to secure a spot in the November
runoff to face either Congresswoman Loretta Sanchez (D) or State Attorney
General Kamala Harris (D).  At this point political observers consider the race
wide open.

STUDIO AUDIENCE:
Up to 50 tickets will be issued for the debate for studio audience members.
Tickets will be given away on-air during the DeMaio Report the week of
February 1-5, 2016. For more information, go to www.KOGO.com/Debate

MEDIA:
Press are invited to cover the debate but are asked to RSVP in advance to
secure credentials. To confirm space please contact Bill Lennert, Senior
Director, Promotions & Events, at BillLennert@iHeartMedia.com or cell
at 619-717-1914

LISTEN LIVE:
On radio at NewsRadio 600 KOGO, online at KOGO.com OR on iHeart Radio App

Posted by Chloelouise at 8:38 AM