Kansas Cop Gives Bicycle to Homeless Man Commuting Five Hours by Foot (ABC News)
A Kansas police officer says he was just doing his job when gave a bicycle and duffel bag to a homeless man who had been commuting five hours per day by foot to his job as a cashier while he tried to save money for an apartment.
Officer Zach Stomper, 30, of the Roeland Park Police Department told ABC News he first met Samuel Meixueiro last Wednesday when he received a call reporting a suspicious person in a local park in the affluent community.
Escaped Monkey Named Zeek Causes Mischief to Police Car
7-Year-Old Boy Turns in $8K He Found on Playground
Stomper found Meixueiro sitting in the park taking a break on his walk to work from the church where he was staying in Kansas City, Missouri, to his job at a liquor store in Mission, Kansas.
“He said, ‘This is the deal. I’m taking a rest,’” Stomper recalled. “I felt for the guy because my commute, I get in my vehicle and drive to work. It’s five minutes.”
“This guy, his job means everything to him,” Stomper said. “He said he was saving up for an apartment and had to have this job so I thought, okay, let’s try to get this guy some help.”
Stomper says he gave Meixueiro a ride to his job that day and, while loading Meixueiro’s possessions in his patrol car, noticed that the zipper on his suitcase was broken.
“I went to my home and got him a duffel bag that I had in my basement and brought it to him at his work,” Stomper said. “I said, ‘You’re trying to make the best out of a bad situation that you’re in and I respect that.’”
Stomper then returned to work and told his boss, Chief of Police Edward Morris, about Meixueiro’s situation.
“I said, ‘He seems like he’s one of those guys who is down on his luck and needs a leg up,’” Stomper said.
The pair realized the city has a collection of bicycles that have been either surrendered or abandoned and found a nearly brand-new condition bicycle for Meixueiro to use.
After cleaning the bike and putting air in the tires, Stomper surprised Meixueiro with the bike at his job.
“He was brought to tears and I think he was pretty taken aback by it,” Stomper said. “He wasn’t out begging for money, he was doing everything he could to get ahead.”
Stomper’s actions have deservedly garnered him attention, and Stomper says this was not the first nor will it be the last time he helps a citizen in need.
“As an officer, my job is to serve and protect and this is what I’m doing to help my community,” he said. “99 percent of the officers that I’ve ever met would have done the same thing."

Posted by Chloelouise at 11:49 AM No comments: Links to this post


We Have a Radio Station Sale

By Joe Nelson
SanDiegoRadio.org has just learned in the last few minutes that 102.1 KPRI has been sold. 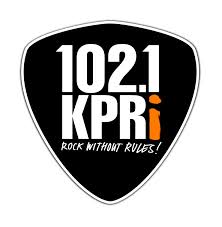 A source very much 'in the know' has informed us KPRI has been sold to EMF Broadcasting.

Not much more than that is known at this time, but I will publish more as it becomes available.

EMF Broadcasting is  "Educational Media Foundation, a not for profit organization based

out of Rocklin, CA.

Word has it that the building has been cleared out and a flip is on the way.

Thanks for tuning in to SanDiegoRadio.org
Joe

here is a link to the page and also some interesting comments:

Posted by Chloelouise at 7:31 AM No comments: Links to this post