Art BellJuly 14, 2015 5:45 PM
PAHRUMP, Nev., July 14, 2015 /PRNewswire-iReach/ -- Wanna Take a Ride? Art is returning to broadcasting his famous nightly paranormal talk show, starting July 20th. The new show entitled "Midnight in the Desert" will be LIVE from 9:00 PM to Midnight Pacific, Midnight to 3:00 AM Eastern and will be streaming out FREE over the Internet at http://www.ArtBell.com bringing you the same great topics, same great music, Monday thru Friday.
You can also listen to Art Bell on your smartphone or tablet using the great TuneIn Radio app. Download the FREE TuneIn Radio app and search for and follow the "Dark Matter Digital Network."  The new home for Art Bell. If you can't stay up to listen LIVE for FREE, you can become a Time Traveler and listen the next day or weekend. Go to http://www.ArtBell.com, click on the "Join the Time Travelers" link, and subscribe for a low price of only $5 a month to access the past shows. New show name, New digital station, same great Art Bell! Check out ArtBell.com and join us for the best in overnight talk radio.
Please SHARE the good news to all your followers.  #ArtBell.com
Media Contact: Keith Rowland, Dark Matter Digital Network, (480) 454-1020, press@artbell.com
News distributed by PR Newswire iReach: https://ireach.prnewswire.com
Photo - http://photos.prnewswire.com/prnh/20150714/236253

John Le Carre and His Mother and Father: Trying to find the Who What When Where How and Why

some other stories from the ronnie re:


The Debt...When terrible, abusive parents come crawling back, what do their grown children owe them?


Why I Want To Divorce My Mother and Marry My Cat 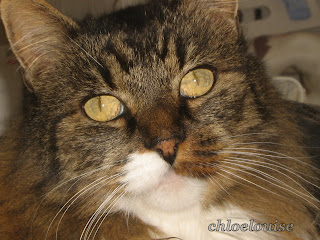 Posted by Chloelouise at 8:01 AM No comments: