Deposits totaling $32.2 million are lost in the collapse of the celebrity developer's hotel-condo project.

March 07, 2009|Associated Press
SAN DIEGO — Stephen and Linda Drake cast aside concerns about owning property in Mexico because they believed in Donald Trump.
The Southern California couple made a $250,000 down payment on a 19th-floor oceanfront condo in Trump Ocean Resort Baja in 2006 before the first construction crew arrived. 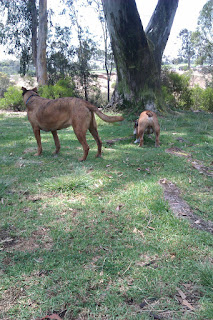 But admiration for the celebrity developer and star of "The Apprentice" has now turned into anger and disbelief as Trump's luxury hotel-condo plan collapsed, leaving little more than a hole in the ground and investors out of their deposits, which totaled $32.2 million.
"I can't even stand to see Trump's face on TV," said Linda Drake, a psychologist whose husband is a commercial airline pilot and financial advisor.

Investors were told last month that their money was spent and that they wouldn't get a penny back. A single mother in suburban Los Angeles lost $200,000 and won't be able to send her sons to private universities. A Los Angeles-area businessman lost a deposit of more than $1 million on four Trump units, including two penthouses.
The project's collapse comes at a delicate time for Trump, whose casino company, Trump Entertainment Resorts Inc., filed for bankruptcy protection last month. He also is embroiled in a lawsuit to avoid paying debt on the struggling Trump International Hotel and Tower in Chicago.
Trump and his children heavily promoted the northern tip of Mexico's Baja California coast. He sold 188 units for $122 million the first day they went on a sale at a lavish event in a downtown San Diego hotel in December 2006.
"I went out and saw this site, and I was blown away by it," Ivanka Trump said in June 2007. "From the minute I saw it, it was a deal I had to do."
The location was a contrast to more-expensive Mexican coastal markets such as Puerto Vallarta, Los Cabos and Cancun, she said.
The Trumps remained buoyant even as the U.S. housing market began to crumble. Ivanka Trump assured buyers in an October 2007 newsletter that all Trump projects were immune to a slowdown.
"In characteristic Trump fashion, Trump Ocean Resort Baja will be the best of the best, and consequently always in demand," she wrote.
All that remains of Trump Baja is a highway billboard with a large photo of Donald Trump that advertises condos for sale. It hovers over a closed sales center and showroom, a paved parking lot, a big hole that cuts a wide swath, drainage pipes and construction equipment.
The failure of Trump Baja is a big blow to a real estate market just south of the border from San Diego that was booming two years ago with U.S. buyers looking for second homes and easy profits but is now similarly swooning. The market has been hammered by Mexico's drug-fueled violence and the global economic crisis. 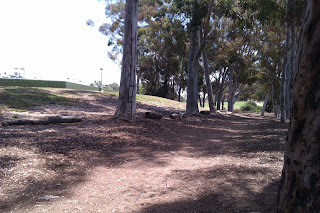 Other developers completed big projects nearby in recent years and the area remains home to thousands of Americans, but the cliff-lined coast is pocked with partially built towers. The steel frame of one oceanfront high-rise is rusting, with air ducts hanging from one floor and an idled crane out front. A wind-tattered sales sign hangs outside twin towers nearby -- one that appears almost complete and the other a much shorter steel skeleton.
Trump Baja demanded about 30% down for units that sold from less than $300,000 to $3 million, buyers said.
Deposits on abandoned projects are also at risk in the U.S., even in states like California that prohibit developers from spending the money on construction, lawyers say. The risk may be higher in Mexico because consumer protection laws are generally weak.

"The bottom line in Mexico is caveat emptor -- buyer beware," said Art Spaulding, an Irvine real estate attorney who does business south of the border.
Trump's condos went on sale when Southern California home prices were near their peak, offering a lower-cost alternative in the Mexican border city of Tijuana. Trump Organization teamed up with Los Angeles developer Irongate Capital Partners, the partnership behind Trump International Hotel and Tower Waikiki in Honolulu.
Guadalupe Mendoza, 47, paid a $200,000 deposit at the first-day sale in San Diego, refinancing her Downey home and getting a loan from a sister. She watched a giant screen show units getting snapped up.
After signing papers, buyers were ushered to a buffet of sirloin tip and fish tacos. Cheers erupted in the hotel ballroom for each new owner.
"I did it in less than a minute," said Mendoza, an administrator in the Los Angeles County Office of Education. "I remember my head was hurting and thinking, 'My God, what was that?' I was thinking maybe I should have asked questions. It was like a roller-coaster ride."
Buyers pressed for updates as construction fell behind schedule. They got a bombshell letter in December that said negotiations for a construction loan from German bank WestLB had collapsed and Trump Baja had only $556,000 left. It quoted a contract clause that gave the developer a right to spend their deposits

Deposits totaling $32.2 million are lost in the collapse of the celebrity developer's hotel-condo project.

March 07, 2009|Associated Press
Another letter came in January that said Trump was removing his name.
A Feb. 16 letter from a Mexican entity, PB Impulsores, said the project was scrapped "given the extreme dislocation of the financial markets." It said there was no money left to refund deposits.
The December letter said Trump was not an investor, but buyers said they were sold on his imprimatur.
"We thought of Donald Trump," Linda Drake said. "If Donald Trump was behind it, it was going to work. . . . I am embarrassed to tell people we got caught up in this."
Ivanka Trump said in 2007 that her father "is the boss" when asked about his role in the project.
"He is involved in every capacity," she said.
In response to a request to interview Donald and Ivanka Trump, Trump Organization issued a statement that said its partner violated an agreement to license the Trump name, missing deadlines to obtain financing and begin construction.

Timothy Hughes, an attorney for Irongate, said the project "will not be going forward" but declined to answer questions.
One buyer sued Trump and Irongate in Los Angeles County Superior Court last month, and more litigation is expected.
"They put their trust in this project and feel betrayed," said Bart Ring, a Woodland Hills attorney who says he represents about 75 buyers who haven't sued.
Homeowners and brokers in Baja welcomed the publicity and higher prices that Trump brought. Now they wish he'd never come.
"It was a two-edged sword that's cutting the wrong way," broker Brian Flock said.
"Everybody is shellshocked. I call it post-Trump syndrome."

copied from the LA Times

Posted by Chloelouise at 8:16 PM