Noam Laden at the helm of the WABC 77 News/Talk Radio ship this holiday season and always asking pertinent questions for the voters.

Today Noam Laden is suggesting that Chris Christie is Donald Trump with a brain and asking the callers to respond to the idea that Christie could eventually lead the GOP in a race against my girl, Hillary Clinton.

Noam thinks the folks out there are starting to get into the deep sleep mode from an overdose of the trumpster.

Could the donald actually act properly as the President of the United States--can he be trusted about anything and are his falsehoods finally starting to shed light on his qualifications.

Noam Laden said perhaps Chris Christie is enough of a straight talker to fill the bill that many have said is the attractive component of the ginger haired half-wit.

Prior to Bridgegate and a few unnecessary real loud and aggressive shouts at reporters and town hall questioners this blog lady in love with politics thought the Clinton-Christie race would be exciting and close.

The cat hair cook thought Christie could give Mrs. Clinton a run for her money not to mention the fact that Chris Christie and Bill O'Reilly were banging the headboard on a nightly basis--only on the O'Reilly fantasy side.  It was only a longing and dream........"I don't know why Christie won't come on my show," was often exclaimed after a flattering memo.

It was as if O'Reilly and Roger Ailes had gotten together and said lets go with Chrisite against Hillary--we have got a real good chance.

But then the wheels quickly came off that cart with the emergence of Bridgegate.

Now what is our hope to win against Hillary Clinton?

Frankly, it seems like Bill is exasperated with Trump, as well--he said it last evening--he is impossible to question being that he just keeps going back to his original statement of hugeness and shouts it until the time is up.

Noam Laden says Christie will fill the trump void as he is straight talking, loud, honest (more of less), and somewhat appears as an outsider. He fills the trump gap.  Yet, Christie has the qualifications and experience of not saying the first thing that comes to his mind that will end up alienating the voting population.

We could say  Chris Christie has somewhat of a filter on his mouth--loosely speaking.

Chris Christie did well in the last debate and won the accolade of the union leader of  New Hampshire to give him a much needed boost in the upcoming election.

To this blog lady Chris Christie appears that he does have the welfare of the citizens of New Jersey front and center.

I've got your back...was the word he seemed to be saying to the residents of the Jersey shore when he showed he cared about their fate after Sandy and the President Obama hug.

Christie is a brilliant orator and fun to watch--not the entertainer like qualities of the wild haired wonder but the experience of a Governor and a very smart politician.

A caller said to Noam Laden today, "I went to a party with a bunch of physicians and they were down playing trump and making fun of him but then he interjected that trump was saying everything they were thinking but too embarrassed to verbalize......paraphrasing.

Readers and fellow cat and pit bull lovers--I worked for very many years with plenty of physicians, yes--very rich people and they did indeed say the same sentiments of trump.  I realized that right off the bat.  Some even touted the expertise of the bombastic Barbie, Ann Coulter.

What has happened to our world?

Seriously, Noam Laden has asked important questions this Thanksgiving season--earlier he had the media manager from Patterosn, New Jersey explaining that the event trump described of thousands and thousands of Muslims rejoicing over the 9/11 tragedy just did not happen.  This city official went into detail and further said he was out and about.  Noam said that is my job to find out facts and there are not facts to support Donald's claims.

Your thoughts--agree of disagree welcome. 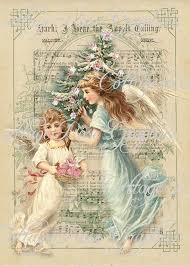