John Kasich Tells Us About His Mom and Dad in Iowa

John Kasich gets personal in Ankeny 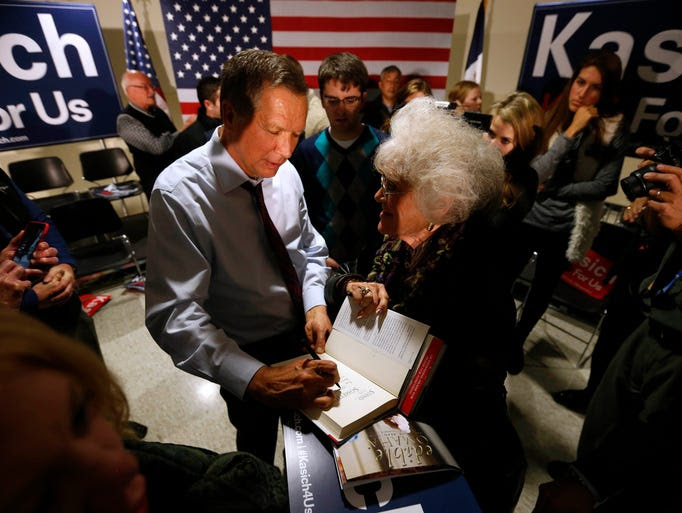 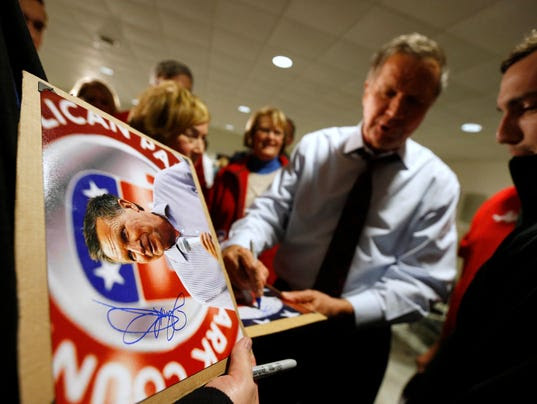 Buy Photo
(Photo: Michael Zamora/The Register)
ANKENY, Ia. — Presidential candidate John Kasich got a question he’s never heard before during a low-key campaign event in Ankeny on Wednesday night.
During an extended question-and-answer session, a woman asked the Republican Ohio governor to describe the one life experience “that really shaped you and your values as a person and a politician.”
“I’ve been in politics for long time, but I’ve never been asked a question like that,” Kasich replied, in his only applause line of the hour-long town-hall meeting.
His answer was more personal than anyone expected: it was the death of his mother and father, who were killed by a drunk driver in 1987, when Kasich was in his mid-30s. The experience deepened his religious faith, he said, and strengthened his sense of empathy.
“It’s changed my life. I like to say my mom and dad did not die in vain as it came to their son John,” he said, adding a few moments later, “I see people all the time who’ve been through very tough stuff. And there is hope. There is a sun that will come up if you give it a chance.”
Beyond that deeply personal interlude, Kasich took questions about his plans and policy perspectives on a wide range of issues – from ISIS (he supports American intervention and congressional authorization of military force) to energy (he likes renewables, but is wary of subsidies) to health care to climate change.
He returned again and again – even on questions of national security – to the importance of a strong economy.
“It’s common-sense regulations, it’s tax cuts that spur economic growth and it’s restrained government spending,” Kasich said. “And if you do those things, you get yourself to economic growth. I know we’re all thinking about national security, but if we don’t have a strong economy, that really hurts us.”

SETTING: The Lakeside Center, a modest meeting hall in an Ankeny city park.
CROWD: About 90, including vocal representatives from numerous advocacy organizations interested in Alzheimer’s research, gun control, women’s health, immigration reform and poverty, among other issues.
REACTION: The crowd was active in asking questions and probing Kasich on various issues, the answers to which they received quietly and politely.
WHAT’S NEXT: Kasich is scheduled to hold a town hall meeting at the Waterloo Center for the Arts in Waterloo on Thursday evening.

the best and easiest latkes:
http://theronnierepublic.blogspot.com/2014/04/potato-pancakes-this-recipe-from.html

Posted by Chloelouise at 9:40 AM