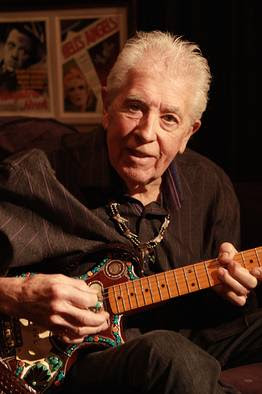 John Mayall, one of the first British musicians to fully embrace and perform American blues, was a pioneer. Throughout the 1960s, his band the Bluesbreakers granted PhDs in blues to a steady stream of musicians who became rock royalty, including guitarists Eric Clapton, Peter Green and Mick Taylor, who moved on to join or form Cream, Fleetwood Mac and the Rolling Stones, respectively. Other graduates included Fleetwood Mac’s John McVie and Mick Fleetwood, Cream’s Jack Bruce and Free’s Andy Fraser.
Now 81 years old, Mayall remains vibrant and active. After going five years without a new studio album, he has released two in two years, including the new “Find a Way to Care,” featuring his steady quartet.
Speakeasy talked to him on the phone from his Los Angeles home just before he set off for a 53-date, two-month tour of Europe.
You’ve had a very busy run here, with two albums in two years.
We’ve been touring consistently all these years. We do at least 100 shows a year, but our record company was just holding us back. I finally asked them to put something out or release us, which they did. I signed with 40 Below Records and we’re back in business, which is great because I really feel like this is the best band I’ve ever had.
Your Bluesbreakers were like the University of British Blues, with Eric Clapton being replaced by Peter Green being replaced by Mick Taylor, for instance. It enhanced your reputation but was it frustrating to constantly have to make a new band? Were you a difficult boss?
No. That was all entirely due to the musicians that I chose to be in my bands. They were free to develop their own styles and in very short time they were ready to put their own bands together. It was always that way. I was such a good bandleader that I allowed a band to develop in its own way. If someone was ready to move on, they were replaced with someone else who was ready to step up. They were all very young and they were just finding their own direction. The thing was to encourage them to go on and develop their styles and personalities — and everyone was pleased with that.
Clapton-Green-Taylor was a rather incredible run of guitarists.
You don’t think about those aspects of it while they’re happening. They’re all so different from one another but with such strong playing personalities. Eric was the right player for me to work with at the time. He was in the band for almost a year, during which he set off on a harebraned trip to Greece. He was just very restless and he moved on and formed Cream. He was a great talent, obviously, and Peter Green, the greatest pure blues guitarist of his time, replaced him. Mick Taylor was very young and was in the band for longer than the other two.
But this all happened in a short time and it’s a very short time of my career. They became big names and I understand why people want to know more about them, but there have been so many great musicians in the band, including Sugarcane Harris on violin; Larry Taylor on bass guitar; Walter Trout, Coco Montoya and Buddy Whittington on guitars and the list goes on… 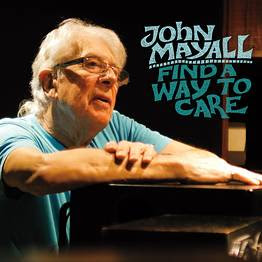 Right, but those three went on to such landmark careers, and Clapton’s playing with you completely altered people’s perspective of what a guitar can sound like. His Bluesbreakers tone changed everything,
The amazing thing is it’s just the sound of him playing. He was just using a guitar plugged into a Marshall cabinet with a couple of 12-inch speakers. It’s really got nothing to do with the instrument or the amplification. He just astounded people with what he played because he was so good!
How has your conception of the role of a bandleader changed over the course of your career?
I don’t think it’s changed at all. You know what you want to play, and if you get the right guys it all comes together and clicks. We have a great time and it’s exciting and we communicate that to an audience. If we’re not excited and having fun, then they won’t be.
You’re 81. As a blues musician, what has gotten better and worse as you age?
There’s a maturity that takes place where you just understand what you want, but really it all has to do with who you’re working with. With this band, we’re so very creative and it’s different every night. We don’t play the songs and we don’t play things the same way and that’s what keeps it fresh and exciting. It’s an endless cycle and I think the new album is a testament to that.
Alan Paul is the author of Reckoning: Conversations With the Grateful Dead and One Way Out: The Inside History of the Allman Brothers Band.

Posted by Chloelouise at 4:43 PM