Email ThisBlogThis!Share to TwitterShare to FacebookShare to Pinterest
Labels: addison lee app, freetime london, London, SAVE £10 off your London Cab Ride with the Addison Lee app

Posted by Chloelouise at 6:53 AM No comments:

American Embarrassment........Where in the world is Archie Bunker


From left: Ross Perot, Ed Clark, Donald Trump, Ronald Reagan, George Murphy and Meg Whitman. (Photo illustration: Yahoo News; photos: AP)
If all you knew about Donald Trump’s presidential campaign came from commentary in the media, you would think it was unfathomable, stunning and unprecedented in American history. Trump, the Boston Globe announced, “is forging a new path in American politics.” A Guardian headline called Trump’s candidacy a “populist, celebrity-driven first.” Salon described Trump as taking “personality politics to a whole new depressing level.”
But, if you look closer at the historical record, Trump is not such a novel phenomenon; in fact, his outsize personality, outsider status, conspicuous wealth, gift for exploiting a hot-button social issue and TV fame have a long and checkered lineage in our national politics. He is following in the steps of such actors turned politicians as Ronald Reagan and Sen. George Murphy, R-Calif.; business executives such as Ross Perot and Meg Whitman, who claim nobody can buy them because they’re so rich; independent and libertarian voices such as Ed Clark, a 1980 presidential candidate, who spoke for other libertarians in his suspicion of Washington and political power; and other voices of protest who style themselves as political outsiders vowing to fix what’s wrong and “make America great again,” to use Trump’s slogan.
In fact, Trump’s rise to prominence is rooted in a legacy of political outsiders promising to break up the concentration of political power in the capital and destroy the corrupt stranglehold of political insiders. Trump’s ascendance, for all its showy in-your-face appeal, is actually less surprising in the context of our post-Watergate, post-Vietnam political culture than Republicans, Democrats and much of the media have acknowledged.
Trump is running on a plan to crack down on illegal immigration and reinterpret the 14th Amendment to ban birthright citizenship. His “make America great again” slogan evokes a mythic past in which the country supposedly didn’t have so many fundamental problems (though the era he’s talking about isn’t all that clear). His campaign is a blend of outsider appeals, attacks on the media and broadsides against politics-as-usual, boosted by his own offbeat brand of brazen showmanship.

Ronald Reagan after announcing his campaign for the Republican nomination for governor of California. (Photo: AP)
He draws on elements of actors turned politicians such as Murphy, who won his seat as a Republican in 1964 by “parlay[ing] public relations, speaking … and other skills he had gathered in Hollywood into a political career,” as the L.A. Times observed. Two years later, Reagan defined himself in his first political campaign as “a citizen-politician,” or, as his adviser Bill Roberts recalled, “Joe Doakes [the ordinary American] running for office.” Trump displays the same theatrical command of the political stage as his Hollywood Republican forebears. He acidly spoofs Jeb Bush by calling him a “low-energy person,” mugs for the cameras in press conferences and dramatic news interviews, and bashes reporters as elitists preventing Americans from seeing the truth about his own greatness and the country’s contemporary political decline. 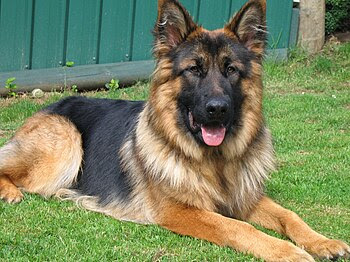 Unlike Reagan and Murphy and other entertainers turned pols who sought and won elective office, however, Trump has no clear or consistent ideology, no set of larger conservative ideas about government’s role in America’s economy and society. He is more akin to single-issue candidates such as Ross Perot, another eccentric billionaire who made deficit reduction his signature issue on his way to winning 19 percent of the popular vote in the 1992 presidential election. (Like Trump, Perot also wrote a book dispensing life advice for his admirers.) In Trump’s case, though, his issue, immigration, extends and deepens the racism and nativism that has deep roots in our politics. Drawing on strains of venom from the anti-immigrant, anti-Catholic Know-Nothing Party of the 1850s to Strom Thurmond’s segregationist Dixiecrat presidential run of 1948, Trump has built his campaign on exploiting issues of race, identity and status to blame the country’s economic and social woes on immigrants from Latin America. Wittingly or not, he has made illegal immigration the most identifiable crux of his policy agenda, lashing immigrants as rapists and criminals.


Ross Perot laughed, saying “Watch my lips,” after reporters asked about his plans to run for president. (Photo: Richard Drew/AP)
In his 2000 book “The America We Deserve,” Trump “cut to the chase” by saying he was “considering a run for the presidency.” He demurred then. But he hinted at what was to come in this summer of Trump. In those pages, he bashed Al Gore, Bill Bradley (“a disaster”), Pat Buchanan and George W. Bush and likened politics to a “special-interest cesspool.” Trump compared himself to Wendell Willkie, the Indiana utilities executive whom he lauded as an overnight political star with a gift for connecting with ordinary citizens — but who lost the presidency to Franklin Roosevelt in 1940. In his book, Trump also praised Jefferson and Washington for coming “to politics as ordinary citizens” (even though, of course, both founders had been at the center of Colonial and revolutionary politics for decades before they became president), and he asserted that many of America’s great leaders had “come from outside the pool of Washington insiders.”
Fifteen years later, the fruits of his message have yielded a rich bounty for him. His ability to graft nativist appeals onto his anti-media broadsides (another well-trod meme honed by, among others, former Vice President Spiro Agnew), and his TV-fueled, carnival-like showmanship have all enabled him to become a significant, if not wholly unprecedented, force in the presidential campaign. His brand of politics has been fueled by a cultural and media environment that enables him and his followers to broadcast his messages on Twitter and Facebook and in countless television interviews and news conferences instantaneously. Yet Trump, for all his apparent strength in the polls, is such an outsider in Republican Party politics that other than as a media-entertainment phenomenon, his impact is likely to be short-lived. He has damaged the GOP’s brand and sucked some of the air from the Hillary Clinton email story. Yet he has little ideological support within the Republican Party’s leadership, even less support among the general electorate, and has mainly served to divide the country further along lines of ethnicity and race.
For all his flamboyance, this is one media and political drama that we have seen before. If nobody knows how or when it ends, its origins are rooted in the history of American politics. Trump has come to embody the contemporary popular affinity for wealthy nonpoliticians and other voices of protest that blame immigrants, people of color and politicians for the nation’s alleged destruction and claim to be able to fix Washington and restore America’s halcyon days.
Matthew Dallek, an assistant professor at George Washington University’s Graduate School of Political Management, is a co-author of the forthcoming “Losing and Winning: Understanding Elections Through the Eyes of Campaign Managers.” 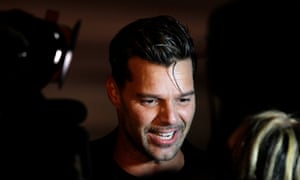 Posted by Chloelouise at 7:05 AM No comments: