One of my long time interests has been behavior of Vice President Johnson during the hours immediately following the attack on President Kennedy – an attack which at the time could not have been known to be limited to an action against only the President. There has been a good deal of speculation, including some of my own, that Johnson’s actions were not what should have been expected of the Vice President. Others have suggested that there was a broader pattern of national security failure. 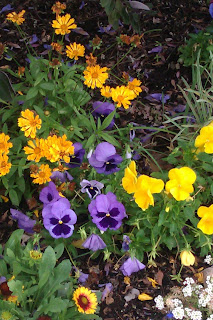 One way to test such speculation is to actually compare the response of the people at the very top of the national security chain of command during major crises, including events that would have produced fears that the nation itself might shortly come under attack. To do that effectively it’s necessary to really dig into what the plans and preparations for such crises have been and to study their evolution over time.  As it turns out there are ample incidents which do allow comparison, beginning with at least two instances under President Eisenhower when he was informed of an apparent, incoming Soviet attack on the United States. I’m not talking about some quickly resolved NORAD alert, but presumed incoming atomic bomber strikes which were tracked and monitored over several hours. 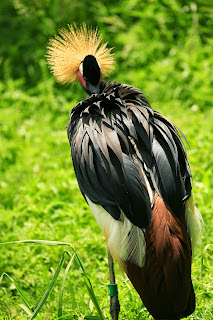 An even more direct comparison can be made concerning the Vice Presidential and national security response to the shooting and near death of President Reagan. One of the most dubious parts of Johnson’s response to President Kennedy’s death is his apparent ignorance of his responsibilities as Commander in Chief and his conduct in taking over those duties on November 22. Of course if he had prior knowledge that a Soviet “decapitation” attack was not actually in play, it would provide an explanation for what appears to be a dereliction of duty on his part. Some have painted the brush even more broadly, pointing to similar failure to act by the Joint Chiefs, the Secretary of Defense, the National Security Adviser and other senior officials – indicative of a conspiracy involving one or even all of them.

The question then is how their actions compare to those of their counterparts during other crises, including President Reagan’s shooting or the attacks of 9/11. It is possible to explore that question in detail, even to the point of comparing events on and communications from the Presidential and Vice Presidential aircraft during major crises. I tackle those comparisons in Surprise Attack and while I’m not going to give away the conclusions I can say I found doing the research absolutely fascinating. The comparisons in the book apply not only to Johnson’s performance but to that of other positions, specifically that of the Joint Chiefs of Staff, the Secretary of Defense, the National Security Adviser and beyond that to the Presidential military aides.

I can also say that certain of Johnson’s activities on November 22, 1963 were impossible to compare – and for readers of Someone Would Have Talked, I refer to the calls from Presidential aides to Texas on the evening of November 22. What would be most revealing, and something someone should undertake, is a study of the phone calls and contacts made by Johnson immediately following the Tonkin Gulf incident and the attack on the intelligence ship Liberty. The question being, was it routine practice for Johnson to initiate major cover ups for any incident in which he failed his duties as Commander in Chief. I have gone down that trail to a certain extent and some of that is discussed in the book; there is a much expanded story to tell though, of that I’m sure.

Chloe Louise says:
July 26, 2015 at 12:14 am
Dear Larry…..Just can’t resist mentioning…..just today I asked the guy at the dog park, “who do you think killed JFK,” as I had just been watching the you-tube show about Tippit by the author McBride…….

I said to my friend it is so fascinating and I often spend my spare time looking at this kind of thing.
He said he did not know who killed JFK and he did not care since it was 30 years ago and people have moved on.

Well, not only does he have a problem with addition, but he should be more interested in the whole thing–this ultimate mystery of the century really should be solved–the cover-up won the minute LHO appeared on the cover of Life Magazine.

Has anyone ever noticed how odd LHO acts in custody…..to me he does not act like the average 25 year old just accused of murdering the president……always admiring your work…..what do you think?

Larry Hancock is a leading historian-researcher in the JFK assassination. Co-author with Connie Kritzberg of November Patriots and author of the 2003 research analysis publication titled also Someone Would Have Talked. In addition, Hancock has published several document collections addressing the 112th Army Intelligence Group, John Martino, and Richard Case Nagell. In 2000, Hancock received the prestigious Mary Ferrell New Frontier Award for the contribution of new evidence in the Kennedy assassination case. In 2001, he was also awarded the Mary Ferrell Legacy Award for his contributions of documents released under the JFK Act.

Posted by Chloelouise at 8:18 PM