The Tragic and Confusing Life of Francesca Hilton

The Tragedy of Francesca Hilton, Daughter of Zsa Zsa Gabor and Hilton Founder

Comment Now
Follow Comments
Everyone loves a good rags-to-riches tale.  But Francesca Gabor Hilton’s life followed a dramatically different path.  Born to Hollywood star (and Kim Kardashian predecessor), Zsa Zsa Gabor, and founder of the famed Hilton hotel dynasty, Conrad Hilton, Francesca was raised attending celebrity parties, living in mansions, earning blue ribbons in horse-riding competitions, and jet-setting to Paris, Rome, and other fashionable cities.  But her life was not as idyllic as it seemed.
Zsa Zsa Gabor wrote in her autobiography that Francesca was born following a pregnancy that resulted from rape by her husband at the time, Conrad Hilton.  The couple divorced before Francesca was born.  Francesca told the LA Times in 2007 that she spent Christmases and occasional upscale lunches with her father.  But their relationship was never close. When Conrad died in 1979, he left his only daughter a scant $100,000 out of his estate, with most of the wealth earmarked for charity.  Conrad Hilton’s estate, which was worth about $200 million at the time, included massive Hilton Hotel stock interests. 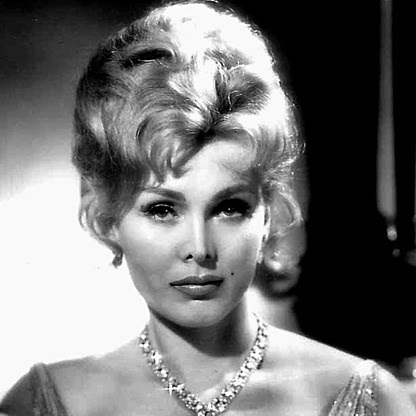 Francesca sued to challenge the will but lost.  At the same time, one of her half-brothers, Barron Hilton, also challenged the estate in probate court and walked away with voting interest and income rights over the majority of Hilton Hotel corporate stock.  Already acting as CEO of the company, he dramatically grew the value and holdings of the Hilton empire and became a Forbes 400-ranked billionaire in the process.   In 2007, Barron Hilton announced that his estate plan, like his father’s, would leave the large majority of his holdings (specifically, 97% of $2.3 billion) to charity when he dies — much to the chagrin of his famous granddaughter, Paris Hilton.
Unlike her well-to-do grand-niece, Francesca stopped enjoying the support of wealthy parents many years ago.  She tried to earn a living from a variety of jobs — including acting, stand-up comedy, and working for her father’s charitable foundation.  She watched her mother go through six more husbands after Conrad Hilton, before finally “settling down” with Prince Frederic von Anhalt in 1986.  While von Anhalt and Zsa Zsa were both coy about their actual ages, well-accepted media reports have placed the couple’s age difference at 25 years, at least.
Their marriage appeared to be one of convenience more so than love.  At least, that’s what thisVanity Fair story from 2007 suggests, even though von Anhalt said he loved Zsa Zsa. Nonetheless, the relationship gets the prize for lasting the longest of Zsa Zsa’s nine marriages.  In fact, going on 29 years, the marriage has outlasted all of Zsa Zsa’s prior eight marriagescombined.
In that time, Zsa Zsa’s age finally caught up with her, especially after a 2002 car accident that left her wheelchair-bound with partial paralysis, followed by multiple strokes, surgeries, and other health problems, including losing the ability to speak and the amputation of her leg due to an infection.  The Prince has remained as her husband and full-time caregiver throughout, despite numerous bumps in the road, such as his public claim that he had an affair with Anna Nicole Smith, his bizarre plan to cause Zsa Zsa to become a 94-year old mother (through an egg donor and surrogate mother), and mounting financial difficulties.
Von Anhalt battled to remain as the decision-maker for his wife after Francesca filed legal challenges to him and sought a court-appointed conservator, claiming that he mismanaged Zsa Zsa’s funds, botched her medical care, and refused to allow her to visit her mother.  Von Anhalt denied the charges, refuted the public claims that he imprisoned rather than cared for Zsa Zsa, and eventually settled with Francesca out of court.  In exchange for monthly reporting to Francesca Hilton’s attorney, and weekly visits of one-hour, the legal fight came to an end.  The hard feelings remained, however.

Back in 2005, von Anhalt filed a lawsuit on behalf of himself and Zsa Zsa, accusing Francesca of fraud and forgery, in obtaining written permission from her mother to refinance her mansion.  Von Anhalt said Francesca Hilton did it to pillage her mother’s equity in the Bel Air mansion, but Fransceca said she did it with her mother’s approval and permission to refinance the home and save it from foreclosure.  The lawsuit was dropped after Zsa Zsa did not appear in court or sign an affidavit saying that she wanted to be part of the lawsuit against her daughter.
Despite the fact that there were no ongoing lawsuits pending when she died, Francesca’s friend and publicist told Radar Online that the bitterness remained until her death on January 6, 2015, at age 67.  Not long before her passing, Francesca Hilton said that, “My mother wanted to be a princess, so she married an evil queen.”  Francesca also said she was still very angry with the Prince and challenged him to sue her.  By then, only weeks before she died, Francesca was flat broke and alternated between living in her car and a low-end apartment building when she could afford the weekly rent.
Things became so bad for Francesca that when she suddenly passed away, no one came forward to claim her body.  With Zsa Zsa as her only family member (unless you include Paris Hilton and the other, well-to-do side of the Hilton family), Francesca’s remains were held in the morgue for days.
So who stepped forward to take care of her final resting arrangements?  None other than Prince Frederic von Anhalt himself.  He also called for an investigation into her death, claiming she left him troubling voice mail messages alluding to suicide.  Francesca’s publicist says Francesca would have been very upset if von Anhalt handled her funeral and burial arrangements.  He even blamed von Anhalt for Francesca’s death, saying, “Everybody that really knows Francesca knows why she passed away.  It was a massive heart attack caused by the stress of one Frederic von Anhalt.”
Ultimately, authorities ordered an autopsy and did not allow von Anhalt to claim Francesca’s body.  One of Francesca’s half-brothers, Stephen, reportedly will step forward and claim the body, so that Francesca’s friends can lay her to rest in the manner they believe she would have wanted.
It was quite a fall from grace for the daughter of the woman called “glamour personified” and one the world’s most successful hoteliers of all time.  With all of the time, energy and money invested into battling over her mother’s best interests, it’s too bad that Francesca did not take more care to plan for her own estate.  Francesca could have planned out her funeral and burial arrangements, even if she did not have assets to plan for.  Exercising that forethought would have ended any concern that the man she battled against so fervently may have been the one to plan her funeral and burial.
It’s a lesson for everyone.  No one knows when the end will come. Francesca was so worried about her mother that she probably never stopped to think about her own mortality.  Everyone should take the time to plan out their estate — or at least their funeral and burial wishes — so that it’s not left up to chance.  Francesca certainly did not plan to pass away at the age of 67, before her 97-year-old mother, but it happened. Delaying planning for what happens after you die is never a good idea.
Danielle and Andy Mayoras are co-authors of Trial & Heirs: Famous Fortune Fights! You can find them on Facebook , Twitter, and Google Plus.

copied from Forbes and here is a link to the page: