From the writing desk of the Ronnie Republic Radio Round-Up:  Seriously, Geraldo Rivera should consider running for office.

Why........he is a breath of fresh air for the republican party.

He tells the truth, talks about his experiences.....discusses the issues........that's new for the Republican Party, right.

As evidenced by his talk show every morning on WABC Radio New York--he is able to work across the table---all of the big talkers call in and tell him their opinion--everyone seems to enjoy talking to Geraldo.

From the big politicians to the neighborhood folks--they all call in and tell Graldo what is on their mind.

Agree or disagree, they seem happy to chat with this New Yorker--they talk to him like they know him--as if they are old friends.

Does he have a position in the GOP--he says often he is trying to energize the Republican Party.

Listening to a whole lot of radio talk shows and cable news talk shows--they are so often just one way.

Its really not a discussion on the radio........it's just a bunch of old white men bashing our beautiful President and now, Hillary, too.

That's a turn-off, right, if you're trying to get more folks to join your political party.

This is new--there is not discussion on those other shows--it's all one way or your out of here....try watching O'Reilly or Hannity or listen to the right wing bash shows that seem to dominate the airwaves.

There is no real information--Geraldo Rivera has information--and he talks about the issues--he listens to ideas from his callers.

Most importantly--he is not an old angry white man.

The republican party has become the party of the mad men--or those that are holier than thou..........Bill O'Reilly, as an example--so in love with his own Catholic guilt.

Geraldo is a Latino--that is a big step right there--he cares for the less financially endowed individual, he wants health care for everyone.

He often speaks of those that are not financially struggling--he wants a nice life for those folks also without punishment.

Good job, Geraldo, you have a lot to offer--thanks for telling us all of your good ideas and caring about the kids and the citizens of New York.

Geraldo Rivera definitely has a handle on the pulse and vibe of New York City.

The GOP should take a listen to his Hispanic passion--after all, we still do need at least two political parties.

Call me Karl Rove but it is the political conversation that moves things forward. 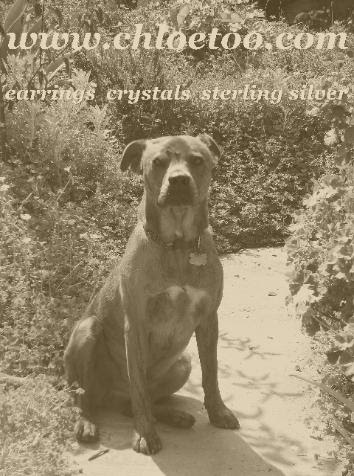 Posted by Chloelouise at 12:52 PM No comments:

I just want things to be plain and simple.....something I can count on:

Likened to a 'gorgeous little jewel box', The Rivoli Bar is an intimate cocktail lounge secluded from bustling Piccadilly, which is located immediately outside but feels a world away. The Rivoli Bar is overtly Art Deco in its design, a sophisticated symphony of camphor wood walls inset with illuminated Lalique glass panels, patterned mirrors, decorative bas relief, and an under lit bar topped with polished cocktail shakers, all overarched with brilliant gilded ceiling domes.
The bartenders of The Rivoli Bar are experts in the craft of the cocktail; utilizing premium spirits, homemade cordials and bitters, bespoke glassware, uniquely shaped ice and seemingly boundless imagination to create new concoctions or reinterpret old classics. Guests can, for example, imbibe a 'Ramos Gin Fizz' served in a golden goose egg perched within an edible caramel nest or indulge in a spot of time travel with a 'vintage cocktail' created with spirits dating from the 1940's to the 1980's that were discovered in the depths of The Ritz cellars.
With a menu that also features an extensive Champagne and wine selection as well as gourmet cuisine ranging from club sandwiches to caviar, The Rivoli Bar is the perfect destination for hosting lunch or toasting a special occasion.
Opening Times: Monday to Saturday: 11:30am - 12:00am and Sunday: 12:00pm - 10:00pm.
Click here for the Rivoli Bar Menu.

Posted by Chloelouise at 10:59 AM No comments: