Seriously, Geraldo Rivera runs one of the best radio talk shows out there today--WABC New York--9-11 AM Central Time Zone-------I listen to it on my Chromebook.........and watch it on the streaming video.


Geraldo gets all the info--agree or disagree--he runs an intelligent show.

Geraldo has the magic to say his opinion, bring out the opposite opinion of the guest......and then say thank you.  The listener is the winner because we get the info--we get to hear both sides.

Amazing conversation yesterday--Geraldo Rivera chatted with Alan Dershowitz--again a partial disagreement--about former Palestinian leader Yassar Arafat and his decision to back away on the peace agreement channeled by then President Bill Clinton.  Geraldo told us that Arafat talked to him directly and said this was the biggest mistake of his life and his biggest regret but his hesitation came from the relationship of Bill Clinton and Monica Lewinsky and Arafat felt this would have negative repercussions on the agreement.

Alan Dershowitz said in his opinion the real reason it was not signed was because Jimmy Carter had instructed Arafat not to sign it.

Always, trying to understand the Middle East, two insiders giving their take on the situation--two people who actually spoke to the individuals involved--really, how often do you hear that kind of thing on talk radio......This will be available on the podcast to hear the conversation again.  It is important to understand the middle east because it affects the world--a good conversation between friends but the listener gets the info.........I do not like angry talk because we lose info.

Comparison--today on KTOK morning drive with Rick Roberts in Oklahoma....Oklahoma City......tries to stir up fear about Obama Care everyday--yes, it's disgusting, because in true Bill O'Reilly style he uses his podium to create panic when he could use it to give out much needed information.

Bad Job Rick Roberts--was this why you were drummed out of San Diego--fear mongering is such an unintelligent way to run a radio show--he said today it is just a matter of time until someone dies from Obama Care similar to the botched execution recently in Oklahoma.  Really, Rick, exactly how will that take place?

Perhaps Geraldo should run for office--you have to give him credit for working across the table and engaging in a conversation.  It's not like the repubs do not need to learn this rule.

The cool thing about Geraldo Rivera--he has the gift of conversation and appreciating the difference in others--take a clue Bill o'Reilly and GOP--this could work for you.

Many callers said today they were glad Geraldo was back, too....they chat with him as if he was their neighbor.......Geraldo talks the vibe of New York.....it's a fun show.

Geraldo also talked today about his affiliation with J Street and his personal views on Israel--Palestian peace.  Geraldo and Alan disagreed on the settlements yesterday and Geraldo feels like J Street and most Jews in America have the right ideas for negotiation for modern times.

Posted by Chloelouise at 8:26 AM No comments: Links to this post

I would love to try the Olive Oil Soap. Thank you, Sireen, for taking time to tell us about Palestine and about your mom. It is als... 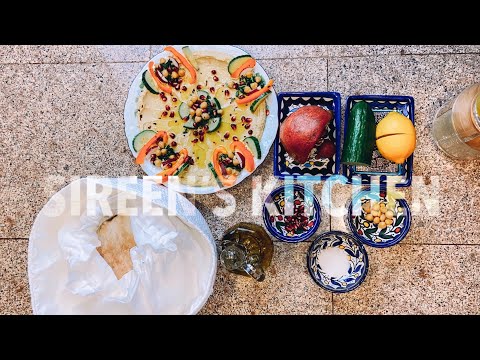