Ronnie to Bill O'Reilly: Dude--Find Your Head and Put it On

How can anyone be that stupid--that out of touch--and have a national television show?

How can it be possible?

Is the man insane?   He goes on nightly about the Internet, Jay-Z, Beyonce, President Obama and Michelle, romantic teenagers......come on, Bill, grow up, you sound like the elders going after Elvis in the 50s.

how am I writing this blog right now.

how do we know about the struggles in Syria, Egypt, Ukraine, etc.

how to find recipes, sewing tips....do you know how wonderful it is to see all the different ways to set in a sleeve, how to construct a Chanel jacket.

And finally, on the Internet, did that guy that writes books for him do it all by hand, or what?

How does one sell a car without the Internet in this day and age?

This leads one to believe there is a situation going one.........Bill dishes out the orders and someone else does the work.......on the Internet......hello!

Going on every night about the rappers and hip hop stars.......

Bill, you shook hands with Snoop......man get a clue.....it is very easy to see the good work this man does.  I wonder if Bill has ever heard Snoop talk to Larry King about living in a responsible fashion.

Bill might want to talk to Snoop about his thoughts and about this football team in Long Beach.....Bill it is all on the Internet.

Obviously, he did not take time to chat with Snoop at the recent award show or he would know these things.  I would have loved the opportunity to chat with Snoop if I was given the chance.  Perhaps Snoop would have valuable insight into some of these issues since he has lived it and Mr O'Reilly has not.

Bill keeps laughing at everyone--he laughs at people he does not understand.

It is actually very ungracious of him not to acknowledge the discrepancies and effects of race in America.

President Obama is brilliant in inviting him to the White House.  Our President is gracious.

The biggest mystery of all--I guess Bill thinks he can solve the problems of inter-city America all on his show--yet he denounces the efforts of those already involved, as in:  President Obama, Rev. Al Sharpton, Rev Wright--the arrogance involved in his decision making is amazing.

Bill--get a clue--you may have a show, but there are more voters that elected President Obama than watch your show.

and that's the tip of the day.

Posted by Chloelouise at 11:44 AM No comments:

He's hot, he's cute, he's a skilled interviewer......CNN is currently in big money negotiations to try and get George Strombo to bail out the Piers Morgan show.

Yes, this is the chance for Canada to finally rule over the Brits.

The big boys at CNN admitted they were secretly kicking themselves in the shins for letting Strombo go and choosing Piers Morgan instead.

Apparently there is a head ready to roll at the top for making this ill-fated decision.

"What in the world were we thinking opting for Piers instead of George--we were blind--we could not see the writing on the wall," an insider from the 24 hour channel confided to this blogger.

We are desperate--we don't know what to do--we have got to find someone that people will watch, and we think George fits that bill.

Well, I guess CNN has finally come to their senses.....looked around, found their head and put it on.It's about time, isn't it?No, CNN big wigs admitted today they loved Piers but they just need someone more hip and more down to earth.

The top dogs at CNN are in a huge fight right now and some are even setting their sights on the man from New York--Geraldo Rivera."We are just looking for someone a little more America," a different female executive revealed after pointed questions about the decision.We want someone who can talk to our people--someone a little more New York with a touch of Brooklyn thrown in."You know, everyone really loved Larry--Larry just was not angry--he wanted to know everything.  Larry had that special ability to ask the question and take in the answer without turning the whole thing into an angry bar room brawl. Geraldo has that same special talent.  Have you heard the people call in to him every morning on WABC in New York? If it's the angry granny, the man on the street or the big political talkers--they all call in as if they know Geraldo personally.Just like Larry King, Geraldo is compassionate--he cares for the average Joe.Yes, it does involve a big paycheck to get the G man over here but, frankly, we needed him and we were glad to do it.We are proud to have Geraldo Rivera in our stable.Why all the talk about Larry King.........Good News--Larry will be coming back to the network, as well. Now, Larry is going to have a very special new kind of show......Larry will be interviewing the stars of CNN starting with my girl, Fredrika Whitfield.  Fred is going to tell us all about her family, her famous mom and dad and all about her career in journalism. Fred will also be talking about her brand new weekend hour long legal show.  Now this will be an expansion of the very successful "legal guys: with Richard Herman and Avery Friedman.  This show airs every Saturday morning with 2 or 3 segments and it has been a runaway hit.  Fred and those boys--they tell us everything about the current issues going on in the courts today.  It is an interesting and informative show.Larry will also be interviewing Candy Crowley, Barbara Star, James Carville, Mary Matalin, Newt Gingrich, and a really good interview with Don Lemon is coming up.  Fareed Zakaria and Wolf Blitzer will be giant interviews.The big boy said.....these are the real stars of CNN....this is what makes us tick--it is what the public loves and we are sharing our wealth.Larry will also do a bombshell interview with Piers Morgan highlighting his relationship with Princess Diana and the media.The CNN talker said--just listen to Geraldo Radio today--he had Tavis Smiley and Don Lemon talking about President Obama and his recent statements about race and kids.  He had Alan Dershowitz on Kerry Kennedy who Geraldo felt was treated unfairly in her Ambien trial. No, Geraldo gets all the opinions, says his own and keeps his cool--it makes for good talk and we are going to showcase it and share it with our listeners.  This is a rare quality in media today.We will also be bringing back George Strombo, too.Piers and AC tried to shut him down due to jealousy and we have finally put a stop to that.  Well, we finally interrogated them and they were working as a tag team to take over the world via the airwaves of CNN.  We really did not know what was going on but they took off Strombo and just kept running their shows endlessly--the viewers complained and our ratings suffered.  Apparently they had been given medication by the interplanetary leader.  This person appears on the Earth in the physical embodiment of Cher.Good Luck to Geraldo, Larry George and all the other CNN stars....we will be watching your new show.Facts and suggestions from Ronald as interpreted by chloe louise. 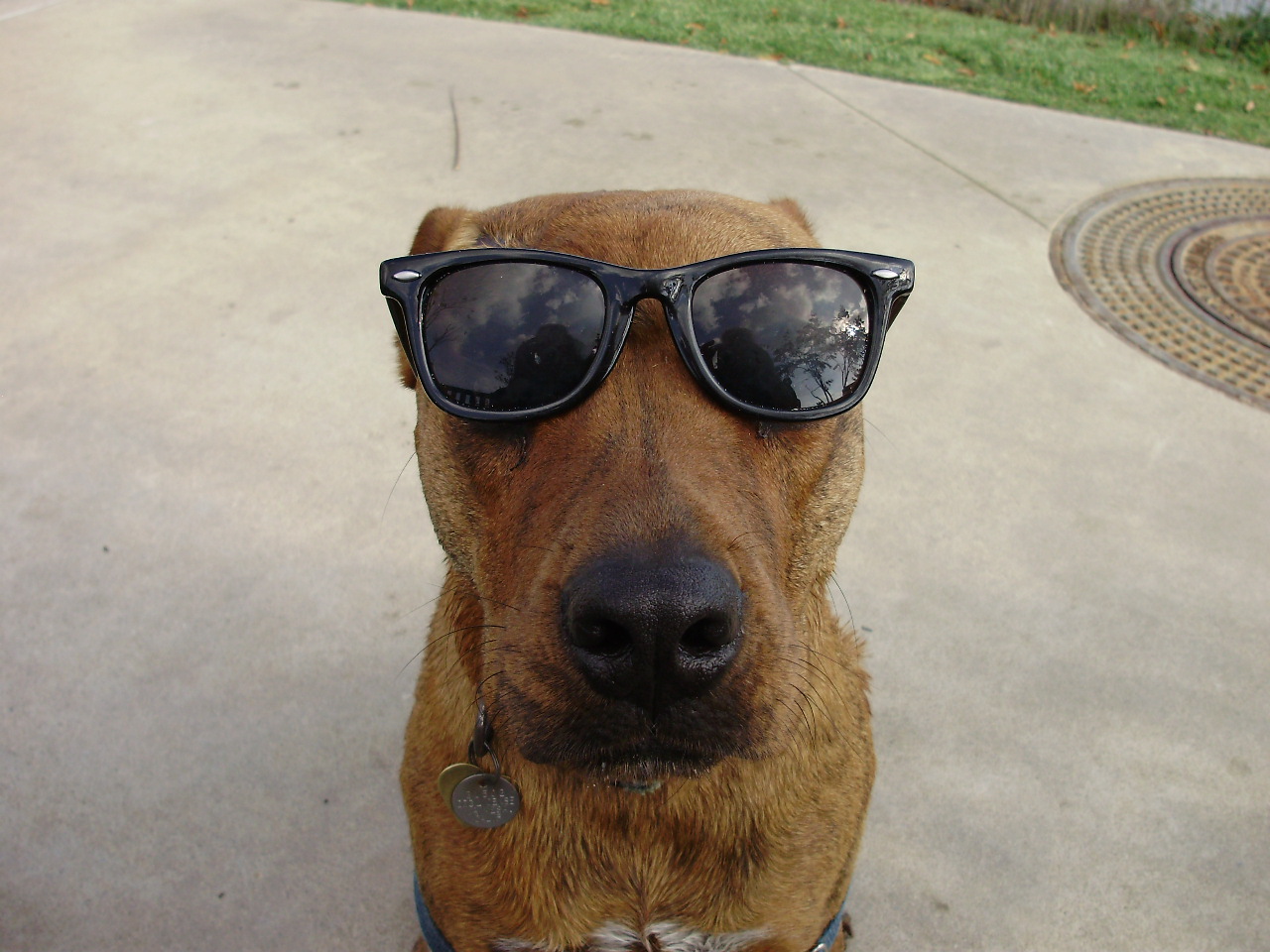 ronnie on the town in Hollywood sniffing out the big stories

Posted by Chloelouise at 10:39 AM No comments: