Bishop, Phillips and Veciana – the implications 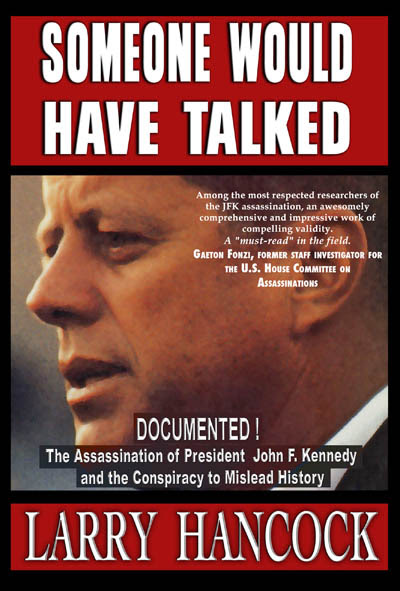 Antonio Veciana recently verified that CIA officer David Phillips used the alias of Maurice Bishop from the time of his first 1960 contact with Veciana in Cuba, a relationship that continued over several years and continuing into cover operations in Latin America    The Phillips/Bishop match has been written on at great length by researches ranging from Gaeton Fonzi and Anthony Summers to myself.   In his autobiography Phillips mentioned making contact while in Cuba with a group plotting an attack on Fidel Castro; he stated that he used both an alias and a disguise in those contacts.   We know that Veciana was involved in such a plot and that he had actually proposed an attack on Castro to the CIA (the related document lists the crypt for his CIA contact as “Olien”, a crypt not yet found in other documents).   Phillips notes that he contacted Veciana as a businessman, making no reference to the CIA, and Veciana confirms that Phillips maintained that stance throughout their relationship.  In 1968, Veciana was given a job working for AID (a long time CIA cover) and moved to Latin America, during the next few years he was involved in additional efforts to kill Castro.  I go into this in some detail in NEXUS but Veciana was not the only Cuban exile involved and it appears that Phillips directly and personally ran those assets while serving in a CIA management position as Chief of Cuban Operations for the Western Hemisphere.
It is reasonably clear that Phillips used CIA resources and CIA money to fund those operations.  What is not clear is the degree to which they were sanctioned, documented or the subject of any CIA paperwork trail. Equally important is that circa 1962/1963, Veciana relates the fact that Bishop/Phillips was key in providing the drive, introductions and money to form Alpha 66 and then to direct its activities.  That is especially interesting since once again there is no CIA paper trial showing any connection to Alpha 66.  It is even more interesting given that Veciana relates that Bishop/Phillips directed the group to attack Soviet targets in Cuba, in a series of missions that were to essentially “put JFK’s back to the wall” in some sort of intervention.  Alpha 66 was being used in direct opposition to American and White House possibility – at the direction of a CIA officer.   One possibility was that the group was crated under a sanctioned operation and that Phillips effectively “stole” it with personal direction and manipulation.  Yet there is no paper trail connecting the Agency to Alpha 66 at any point and those documents which do mention it appear to support the view that there was no direct connection.
All of which means that either there is a huge volume of CIA documentation that is missing from the released materials – to no obvious purpose – or that all connections with Alpha 66 were destroyed.  Other possibilities would be that the whole thing could originally have been a vest pocket operation that Phillips stole or that he hijacked the Veciana contact to his own purposes when Veciana arrived in exile in Miami.
Under any guise, its a fascinating and important historical story.  Did the CIA initially direct Phillips to Veciana based on the offer to assassinate Castro?  If so did the CIA not ask for any follow on reports about the assassination group inside Cuba. Phillips was actually brought out of Cuba for a time once his commercial cover was exposed, was he not debriefed then – before being sent back to essentially retrieve his family.   Hopefully someone or some group of researchers will follow this trial – it could have serious historical implications as to whether or not the CIA was essentially acting independently under the Kennedy administration or whether CIA officers had the ability to go rogue and subvert contacts for their own agendas – in Phillips case an agenda lasting well over a decade.   Personally I’ve written about Phillips activities throughout his career in SWHT, NEXUS and Shadow Warfare – no doubt I’ve even forgotten some of the relevant details in those works.  Hopefully younger and fresher minds can use that as a launching point to take this piece of history much further.

Thank you, Larry, for all of your hard work and always keeping us informed..........cl

copied from the website of Larry Hancock:
http://larryhancock.wordpress.com/2014/11/11/bishop-phillips-and-veciana-the-implications/
Posted by Chloelouise at 11:58 AM