A comment asked about the Decemberist and Red asking for someone to be taken care of……Seriously, the show is based on tedium. so one person followed that line…but, no, admittedly it was cut.
You cannot have a show based on tiny tedious facts–then one follows the clues–but, then, no it was cut.
It is a great show but the little clues should be rounded up and concluded even eventually, because then what is the point of the whole thing….of this little game we are playing of piecing all of the info together.

Making the comparison to the movie and John Le Carre novel Tinker, Tailor, Soldier, Spy--kind of the same thing.  A spy story or law eenforcement show where we are always finding little clues and piecing everything together.

In the end we have a conclusion--everything is tied up, even the tiny pieces of minutia, and we get to say, "Oh."  We were right or wrong about the story line we were guessing.

here is a link to the page from the WSJ and their interview with Blacklist creator, Jon Bokenkamp:
http://blogs.wsj.com/speakeasy/2014/11/11/33-questions-with-the-blacklist-creator-jon-bokenkamp/

This individual says it all in the comments section:

Okay, I give up. I surrender, white flag flying. . .
There is a not-so-fine line between suspense and confusion. I can’t keep up with all of the dead ends, red herrings, clumsy clues, giant leaps of logic and relentless foot dragging in this series. The ham fisted, oh so vague conversation between Fitch and Reddington right before Fitch got a splitting headache . . .2017? Siding with the Chinese? Is this show a veiled political commentary? Will there be a synergy between this show and “State of Affairs” once that show gets up and running? Why does it burn when I pee?
A connection between Tom and Red has been obvious all along although I’ll be damned if I know what it is. Red let Tom live. Does that mean something other than not wanting to kill off a stud-muffin cast member?
Or maybe everyone on the show is an alien? That would explain quite a lot: Their ability to magically appear in the next scene regardless of timing/distance logic. Magically recovering from pill addictions, gun shot wounds and having battle scars heal from one scene to the next. Keen’s ability to remain upright in spite of her sporadic stupidity.
Maybe Red is just a horny old spy with a thing for square-jawed brunettes? That makes as much sense as anything else on this show anymore.
I like reading the other theories . . it’s obvious that some of you invest a lot of time trying to keep up with the twists and I guess that means the show is doing its job keeping you entertained. Cool, but I imagine it is incredibly frustrating.
I seriously doubt that there is a predetermined story line. The show has such a random feel to it that the thing feels ad-libbed at times. Characters come and go and come and go and go and die with little rhyme or reason. Relationships are hinted at, created, ignored or abandoned all together if something even more confounding can be cobbled up to add confusion to the story.
And, if all else fails, just give Spader some serious screen time and sit back and watch. He is a force.
Spader, by most accounts, seems to be pretty serious about his work but he’s indicated in some interviews that he is a bit of a mercenary. I wonder if he’s doing the show because he finds something worthy in the story or if he’s enjoying a nice payday in anticipation of some lengthy downtime.
This has been fun. Hopefully, come February, I’ll still be interested in this sometimes wonderfully messy show.

and here is Jason Evans on the Blacklist: 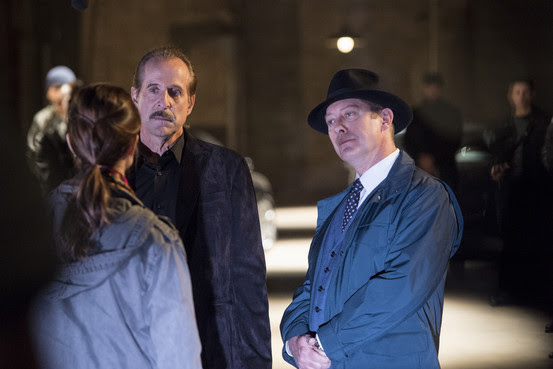 James Spader, right, as Raymond Reddington in a scene from “The Blacklist.”
NBC

Before we get to tonight’s thrilling recap – a quick reminder that Speakeasy is giving all of you a chance to chat with “The Blacklist” creator/Executive Producer Jon Bokenkamp through a Facebook Q&A. Head over to the Speakeasy Facebook page Tuesday at 4 p.m. ET/1 p.m. PT to speak directly to Jon Bokenkamp about the show.
When we last left things, Red had delivered Zoe to Berlin, proving that Red did not kill Berlin’s daughter because she is still alive! Many of you commented that this raises some troubling timeline problems with Zoe being as young as she is. Based on what we know about Berlin’s daughter from Berlin’s own mouth and from the photo of Zoe from the Stewmaker’s album of victims, it is pretty hard to make sense out of Zoe being this young, but I think most of us Blacklisters are willing to forgive little errors like that. What really matters is that Red and Berlin now need to know who set them at each other’s throats. Oh, and there is still the pesky issue of Tom being held captive by Liz. Will she kill him or set him free? Now that Berlin and Red are no longer fighting, Tom’s usefulness seems to have pretty much run out. So, let’s see what Jon Bokenkamp and the other folks behind “The Blacklist” have for us tonight…

More In The Blacklist

WOW!! What an episode! As Jon Bokenkamp promised, we got some amazing reveals and huge twists and turns. Fitch and Berlin are both dead, but it sure seems like the start of something not the end of it. I think this was one of the best episodes in the history of this show. Amazing!
Tonight marked the fall finale for “The Blacklist.” Due to the time it takes to produce episodes, NBC is putting the show on hiatus until February 1, when it will return with a special episode airing right after the Super Bowl. We’ll have to wait until then to find out about The Fulcrum, Fitch’s safe, and whether Tom will stand up to Red and try to get back into Liz’s life again. Oh, and what on Earth happens in 2017?!?!
But, just because we have to wait for official answers, that does not prevent all of us from posting theories in the comment section. If you have something to say about this episode, put it there and we can all discuss it. Oh, and don’t forget to check out thatFacebook Q&A with Jon Bokenkamp tomorrow at 4pm ET/ 1pm PT.
If you want to read more of Jason Evans’ thoughts on the movie and TV industries, follow him on Twitter @TVFilmTalk

and here is a link to the page:

Remember Tom and Red sitting on the bench outside of the hospital while Liz was visiting the man we thought to be her dad.....what was that all about? 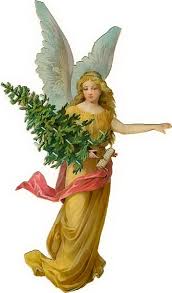 Posted by Chloelouise at 9:13 AM