Art Bell Vs. George Noory: The Coast to Coast AM Controversy 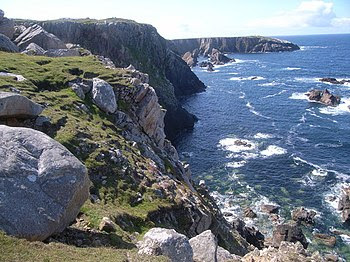 What do you think?

What has happened to Coast to Coast AM--what day did it turn into a political show.

Is it just The Ronnie Republic Radio round-Up that is asking the question....What is going on?

Are all of the listeners Republicans and this is the only listening, questioning democrat.

Seriously, all of these questions come up as the listener ask themselves....Where in the world is Art Bell?

Of course, we will never really know the answers to these questions but is certainly seemed like he was interested in what was taking place on his show.

It seems like George has forgotten the hallmark of the show--free thinking--letting people talk.  Last week he cut off a lady right in the middle of a very sad, heart-felt story--it was embarrassing.  What was the point of cutting the lady off just to let one more caller get in.

Sometimes it sounds like George is not even listening to what the callers are saying--he is fighting to stay awake.  He's always awake to push his own shows and endeavors.

Speaking of free thinking--what day did Coast to Coast AM become a promotion for the political right wing conservative movement in the US.

Does George Noory think only Repubs listen to the show.  Did George Noory ever entertain the fact that some of the listeners may like President Obama.

His political diatribes are offensive--thanks George but I listen to the news all day long--I'm going to go ahead and form my own political opinion right now.

No one minds Corsi from World Net Daily sharing his opinion once in a while--but to view his ideas as if they are news......

Reading Art Bell's website he says he will be back on the radio in 2015.

Both of these late night magnates are talented radio hosts, gifted speakers with plenty of talents and a few faults, too.

I can't wait for Art Bell to get back--the show has lost its' life and freshness--Art Bell has the gift of running a show and keeping it alive.  It's got to be hard work but right now the man at the helm of the ship seems old and tired.

Art Bell Where are you.

From The Ronnie Re: George Noory and His Ultra Right-Wing Radio Show

Posted by Chloelouise at 9:01 AM