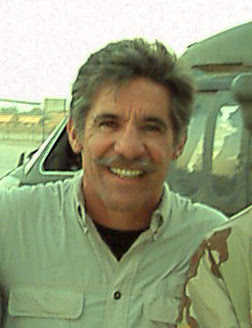 Geraldo Rivera: On Being Jew-Rican, A Rare Mixed Breed

Fox News Latino
(From my speech May 14, 2014 at The Jewish Federation of Northern New Jersey's Women's Philanthropy luncheon)
I’d like to talk about being Jewish in a Puerto Rican family by telling you the story of my Bar Mitzvah. First, some interesting background. Lily Friedman, my mom, now 94 and the pride of Siesta Key, Sarasota, Florida met my late dad Cruz Rivera of Bayamon, Puerto Rico in 1939 at Child’s Cafeteria on the corner of 42nd Street and Sixth Avenue [in New York City]. He had just emigrated from the island, literally arriving on the weekly banana boat; she was from Newark and was working as a waitress. He was in charge of the restaurant’s Latino dishwashers.

As someone who loves Israel, I beg you to see that organizations like “J-Street” in D.C. are more reflective of the view of a majority of progressive Jews than many of the more traditional organizations that claim to speak for us. The Palestinians need their homeland too.

Posted by Chloelouise at 7:10 AM