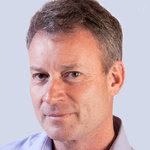 Timothy Egan
It’s been nearly two weeks now since Bill O’Reilly’s interview with President Obama on Super Bowl Sunday, and in the No Spin Zone of the host’s pretend world he’s still spinning the chat as the greatest conversation since Winston Churchill dined alone.
His sit-down with the president, he said, “is going to go down in journalistic history as what should be done.” And in case historians are late to the same conclusion, O’Reilly is auctioning off the notes of his questions — “they are obviously one of a kind,” he says.
Let us now praise the Bombastic One’s gift to posterity. His interview, his notes, all the ephemera should be preserved and studied. The sickness that infects news and politics, and its commensurate cynicism, can be directly traced to the creation of Fox News — “a political operation that employs journalists,” in the words of Gabriel Sherman, author of the new book on Roger Ailes, “The Loudest Voice in the Room.” There is no bigger media story in the last 50 years than the creation of a news network run by political hacks, says Sherman. I’m inclined to agree.
But just as important, civility itself took a dive with the rise of Fox, and has never recovered. The shouters, the boasters, the haters who show up at town hall meetings or pollute the Web with dark fantasies get their behavioral cues from Fox. O’Reilly is famous for telling guests to “shut up,” for cutting off people he disagrees with, for smugly praising his own performances and bringing on sycophants to do the same. By comparison, Ron Burgundy is a model of humility.
A congress where members can shout “You lie” at a president, or tweet “socialist dictator” and “Kommandant-in-chef” (sic), is another result of the vulgar forces unleashed by Fox.
Imagine Walter Cronkite, Diane Sawyer, Terry Gross or Tim Russert devoting entire shows to praising their own work. A good interview makes news, or reveals something fresh about the subject.

So, the first point for historians sniffing the odor of O’Reilly’s time capsule in 2114 is that the interview made no news. No ground was broken. It was a journalistic dud. O’Reilly himself spoke for about 40 percent of the time, and devoted 90 percent of the interview to “the full Fox scandal grab bag,” as Jon Stewart called it.
O’Reilly, in four days of talking about himself after the interview, said his role is to hold politicians accountable. If only. Remember how accountable he held George W. Bush when the president took the country to war on a lie, bankrupting the nation in the process? You don’t? Here’s a sample, from a 2004 interview with Bush, then in a heated election contest with John Kerry. That September, a series of incendiary ads, questioning the military service of Kerry in Vietnam, was a hot topic.
O’Reilly: “You didn’t know anything about the Swift Boat ads before they went on the air, did you?”
Bush: “No, I didn’t.”
O’Reilly: “Did Karl Rove know anything about it?”
Bush: “I don’t think so.”
In fact, records show that the bulk of the funding for those smears came from two men with close ties to Bush — one a longtime associate of Karl Rove’s, something that was easily found by a document search.
O’Reilly then dismissed as “propaganda” questions about whether the combination of massive tax cuts and two costly wars might leave the country broke. But he did drill Bush on why there are so many liberal college professors and “pinheads” at Harvard and Yale.
The biggest issue at the time was how the United States could be fooled into going to war over nonexistence weapons of mass destruction.
O’Reilly: “What happened to Saddam’s chemical arsenal? Do you know?”


I'm a pretty avid newsie, and I had no idea O'Reilly sat with Pres Obama for an interview. Guess O'Reilly is just not a factor in my life....
In defense of Fox: the people they employ are paid to do a job, and they do it. If they didn't, they would be fired. And what job is that?...
Thank you for your spot on commentary on the sham that is Fox "News" and its overpaid and ill-infomed stabel of trained bloviators. They...
Bush: “No, I don’t.”
O’Reilly: “He hasn’t given us much, has he?”
Other news organizations, The New York Times among them, were less watchdog than lapdog at times as well. But from beginning of this debacle to the mission-accomplished end, Fox worked closely with the White House. Ailes offered strategic advice in the run-up to the war, and Fox was the lead cheerleader. The same Fox host who says his job is to hold politicians accountable actually warned his fellow citizens not to raise questions or protest.
“Americans, and indeed our allies who actively work against our military once the war is underway, will be considered enemies of the state by me,” said O’Reilly. “Just fair warning to you, Barbra Streisand, and others who see the world as you do.”
Since Benghazi dominated O’Reilly’s interview with Obama, it’s fair to check how many times O’Reilly asked Bush about at least six attacks on United States embassies and consulates during his first term. Zero. It never came up in three long interviews, according to the transcripts Fox posted.
Little wonder that Bush felt right at home with O’Reilly. “I really enjoy how you interview people and I appreciate you giving me a chance to come on and have, what we say in Texas, ‘just a visit.'”


Just a visit for one president, a trip to the scandal trough for another. Should O’Reilly ever sit for an interview on his own past, on terms he applies to Fox’s enemies, it would include questions about the lawsuit from a former subordinate who complained of “constant and relentless sexual harassment.” No spin there. No questions either. After a reported $10 million settlement was paid to keep the details inside Fox, O’Reilly said, “This brutal ordeal is now officially over, and I will never speak of it again.”
We could ask O’Reilly about the softball interview he did with former Governor Mike Huckabee concerning the felon he let out of prison early in Arkansas who went on to murder four police officers. This kind of politician should be a punching bag for O’Reilly, Willie Horton-ized to a pulp. Unless, of course, he worked for Fox. O’Reilly praised his colleague as “a stand-up guy.”
From the War on Christmas to the Frankenstein monster of the Tea Party, Fox’s creations have been uniformly bad for American life. Regular viewers of Fox are less-well-informed than people who are exposed to no media. So yes, future generations should study O’Reilly’s interview. Learn from it, as with all mistakes of history, lest it be repeated.
Posted by Chloelouise at 8:46 AM