Geraldo Rivera: The Trouble Between Chris And George


Geraldo Rivera: The Trouble Between Chris And George

By Geraldo Rivera
All Star
Published January 10, 2014
Fox News Latino
Living on the Hudson River in the shadow of the graceful George Washington Bridge a half mile from where I’m writing this note, the scandal threatening to cripple and consume the political career of Republican Governor Chris Christie literally hits close to home. Like gun rights in Texas and Alaska or real estate prices in California and Florida, traffic on the George is part of countless Northern New Jersey dinner conversations.

Does Governor Christie seem the kind of man usually kept in the dark on matters of this potentially career-wrecking importance?

- Geraldo Rivera
It is also part of the dialogue of national commerce.
This is where I-80 begins its 3,000-mile run west to California. I-95, the all-important East Coast artery connecting Maine to Florida crosses the river here. Truckers carrying the products and produce of the nation have a special fear and loathing of the 82-year old span. Time is money. And time is often squandered trying to get through this strategic bottleneck on the route between New Jersey and Manhattan’s Washington Heights.
The big bridge, the world’s busiest, dominates life in and around my Bergen County community of Edgewater, and adjacent Fort Lee, whose Democratic mayor Mark Sokolich was allegedly the target of the intentional lane closures at the center of this Made for New Jersey outrage.
The moods and schedules of over 300,000 drivers a day, 100 million a year (in each direction) rise and fall based on life’s great questions: Is there traffic? How bad is the waiting time? Will there be construction delays? Isn’t that $13 toll outrageous? Should I take my bicycle? Has there been yet another jumper? Will I get my kid to school on time? Will this sick person in the ambulance really get to the hospital on the other side before it is too late?
It was too late for 91-year old Florence Genova, who after suffering a stroke died in an ambulance after paramedics were delayed due to the chaos of heavy traffic artificially created when a senior aide to Governor Christie apparently ordered local bridge access lanes closed as retaliation for Fort Lee’s mayor not endorsing the governor’s 2012 re-election bid.
Motivated by sincere outrage or just grabbing the opportunity to bite the swaggering, scary bear of a man who serves as our governor, Thursday night a group of New Jersey residents announced that they were filing a federal class-action lawsuit against Governor Christie. It is the least of his troubles.
There are currently at least three major investigations into what is unimaginatively labeled Bridgegate; one by the Office of the Inspector General of the Port Authority, another by the Democrat-dominated New Jersey State Legislature, and the most ominous for the governor, the U.S. attorney for New Jersey, the job Chris Christie held until being elected. They are probing whether federal criminal laws were broken, either by the vindictive lane closures or by false statements made attempting to cover up what was done.
Having voted for Christie twice, I admire his confidence and competence. Unlike the national GOP, he has always been a pragmatist rather than an ideologue. When he embraced President Obama in the wake of Hurricane Sandy, I saw it as the governor doing his best to get all the help the federal government could possibly offer his stricken residents.
When he recently announced a New Jersey version of the DREAM Act wherein undocumented immigrant children could qualify for in-state tuition at state colleges and universities, I applauded. That is how George W. Bush won so sizable a percentage of the Hispanic vote, and that is the only way a Republican can win back the White House.
But with this pointless, bratty, ham-handed, dirty, lane closure trick that punished hundreds of thousands of innocent travelers, commuters and truckers, Republican and Democrats alike, the once bold and even fearsome politician is reeling. Maybe the governor is telling the truth when he insists that his longest-serving advisors and closest friends kept him in the dark on the September lane closures until Tuesday of this week.
To which I have three questions:
1.- Does Governor Christie seem the kind of man usually kept in the dark on matters of this potentially career-wrecking importance?
2.- Would your closest friends and long-serving advisors do something that could ruin your political life without asking or at least admitting it to you long before your enemies shoot you with your own smoking gun?
3.- How would you feel about President Obama or Secretary Clinton if e-mails surfaced connecting either’s closest aides and associates to, say, a Benghazi cover-up or the IRS scandal?
In terms of his presidential aspirations, yesterday, the fat man sang.
Geraldo Rivera is currently host of "Geraldo at Large" on Fox News Channel (FNC), which is also nationally syndicated by Twentieth Television. Rivera recently celebrated 40 years in journalism.
copied from Fox News Latino on Google News
Posted by Chloelouise at 9:18 AM 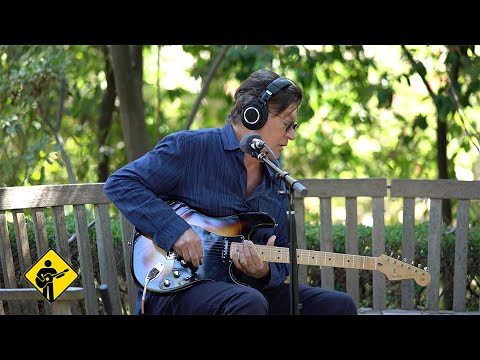