'Affluenza' and the Miscarriage of Justice

SUBSCRIBE
The justice system. We often like to think that in a great democracy like ours, we are all equal under the law no matter what our personal or financial background. The reality is, that while we may have a right to an attorney and a day in court, our judicial system is far from perfect. Too often, those with money and power can avert harsh sentences, while the poor find themselves receiving maximum time and penalties. This aspect of economic inequality -- one where a 16-year-old teenager can drive drunk, kill four people and receive no jail time because he allegedly suffered from 'affluenza' -- is one of our greatest remaining challenges. Financial disparity within our judicial system isn't a notion of the past; it is ever present today. And perhaps nothing serves as more of a stirring reminder of this grave injustice than the very case of this teen, Ethan Couch, who has forever shattered the lives of many and received nothing but a virtual slap on the wrist.
Texas Judge Jean Boyd sentenced Couch to 10 years probation and rehab at a 'treatment facility' after he pleaded guilty to four counts of manslaughter by intoxication, and two counts of assault by intoxication causing serious bodily injury, according to reports. Prosecutors had asked for 20 years in prison. Couch and his friends reportedly stole alcohol from a Walmart store, then piled into his father's pickup truck; Couch struck and killed four pedestrians while traveling 70 mph in a 40 mph zone, according to news outlets. Not only were those four pedestrians killed, but two of his friends were seriously injured after they were reportedly thrown from the vehicle -- one who may be permanently paralyzed. Couch's attorneys argued that the teen suffered from 'affluenza', a condition where the rich apparently don't know how to be held accountable for their actions because they grow up in an environment of privilege. Shockingly, it appears the ridiculous theory worked. Instead of prison, Couch is heading to a $450,000/yr facility where he will have access to martial arts training, nature hikes, etc. Meanwhile, the families of the victims are left without a semblance of justice.
It's remarkable how this 16-year-old has been given a pass despite the fact that police claim his blood alcohol level at the time of the accident was three times the legal limit, and according to published reports, traces of Valium were in his system as well. And this isn't the first time Couch has had brushes with the law. According to a lawsuit filed against his family, Couch was previously arrested and charged with alcohol possession, and he wasonce found in a car with a passed out, naked 14-year-old girl. How could this pattern of behavior not be taken into account during sentencing? Do we really believe that a young teenager from an inner city or from a rural area who had a rough upbringing would receive time at a treatment facility if he/she killed four people after driving drunk? I don't think so, and neither do the majority of us.
For more years than I can remember, I have discussed the idea of inequality within our justice system. It begins with strategically profiling certain segments of the population, and it ends with a legal system that rewards the wealthy and their high-powered attorneys while viciously locking up the poor and powerless. The very judge in Couch's case, Jean Boyd, apparently had no problem sentencing a 14-year-old black teenager to up to 10 years in prison for punching a man who later died as a result of his injuries. According to published reports, Boyd sentenced this teen to 10 years, which will begin at the Texas Juvenile Justice Department, but if he is deemed not to have made progress, he could be transferred to an adult prison before his 19th birthday. Where is this child's opportunity to go enjoy nature walks and a luxury rehab center? If we truly believe in equality and rule of law, then our judges, courts and the entire legal system must conduct themselves as such. Anything less is simply a miscarriage of justice.
President Obama recently addressed income inequality. He referred to it as the defining challenge of our time -- and rightfully so. But what people often forget is that income inequality impacts far more than how much a person makes. It determines what kind of neighborhood we live in, the quality of schools we attend, opportunities that are available and yes, how we are viewed under the eyes of the law. Neither I, nor any reasonable person, condone punching or killing anyone. But when a teenager can be sentenced to 10 years for such an act, and another given time at an extravagant facility for the death of four, we must pause and ask ourselves what message we are sending to young people (and adults for that matter) everywhere. Just as we must ask what message we are sending to the suffering family members of the victims.
Until money and wealth do not predetermine our treatment under the law, justice can never truly be blind.
Follow Rev. Al Sharpton on Twitter: www.twitter.com/TheRevAl

from the Huffington Post
Posted by Chloelouise at 2:32 PM No comments:

Geraldo has one of the best shows on radio today--he lets the guests say their opinions on both sides of the issue.  We get to hear all of the info without anger--Geraldo even says his idea, perhaps in disagreement and no one goes away fuming.

The New Yorkers love him and call in as if they know him and they are talking to an old friend as evidenced by the New York granny yesterday, angry that Geraldo was feeling too sorry for President Obama.

It is a good show, particularly for conservative radio and it is also fun to hear Bernard Kerik, former Police Commissioner give his take on things.  He says his friend will be on every Monday.

I am going to keep watching this show on my comp.

It is also nice to hear about New York as it is completely different from San Diego.

I like the show and I am a dem--it is informative without anger--even when the bombastic beauty Ann Coulter calls in on Tuesdays.  Geraldo has the unusual gift of listening to Ann's outrageousness and then toning down her radical statements without being insulting.

In the current radio market the show is informative and entertaining.  It is one of the few shows that is not completely one-sided and crazy and that is rare in radio today. 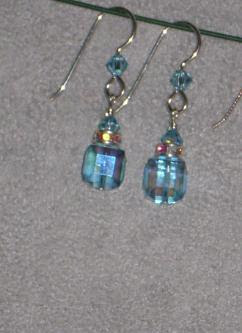 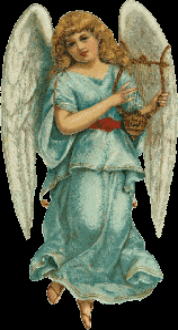 purchase here with paypal or on my website www.chloetoo.com...the ronnie page
Posted by Chloelouise at 9:14 AM 2 comments:

Is Ghislaine Maxwell a Foreign Operative?