Sunday in the Park

That would be South Park San Diego

Judy the Beauty--loves being Jewish and love latkas--now we are talking about the best latkas in San Diego and that is The Big Kitchen, yes, she is the very famous owner of this well known and delicious San Diego eatery 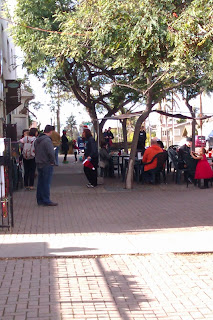 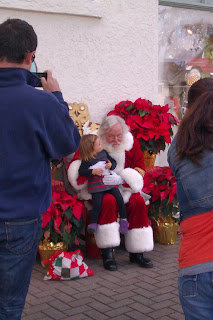 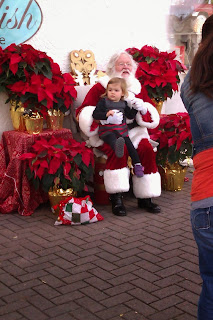 South Park San Diego--it's a preety good place to be.
Posted by Chloelouise at 2:59 PM No comments: 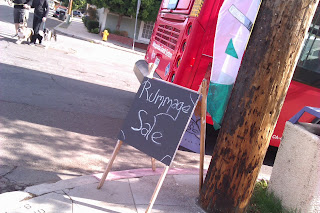 Walking the doggie boy through South Park San Diego--following the aroma of the barbecue--discovering a rummage sale at the Moose Lodge.

"We are trying to repair the lodge after the fire and get it back up and running again," Tom said, as he and his fellow Moose friend roasted hot dogs and accepted donations for the Moose Lodge located at 30th and Date Street in the South Park area of San Diego.

They were sad about the fire that took place 3 and one half years ago--I really did not notice any damage but they were still trying to recover as they did not have fire insurance at the time and the repairs turned out to be quite expensive.  The Moose Lodge has been in existence in South Park for very many years and they are proud of their tradition of good work in the community.

There were plenty of tables of cute items including Christmas decorations at an inexpensive price for the visitors to rummage through and enjoy hot dogs for the donation price of 1 dollar.

at the corner of Date and 30th in San Diego 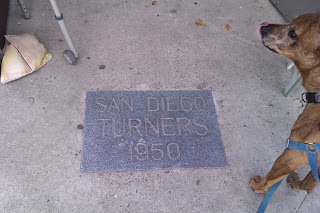 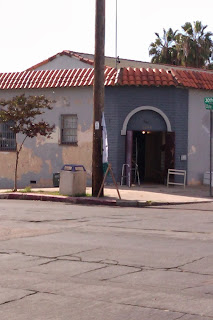 Posted by Chloelouise at 11:03 AM No comments:

Bill Maher Gets on His Knees For Sarah Palin

That's right, that is this dems fantasy.

Hey, the lady gets to talk.

Bashing Bill O'Reilly daily, there is just so much material, for a liberal left blog but giving credit where credit was due seemed appropriate.

Bill said on more than one occasion he wanted Mrs. Palin on his show but she just was not willing to take the option.

While Chris Matthews loves to go on about his education, his experience and his intellect he might want  to take time to realize Sarah Palin has the media savvy of Princess Diana--the likes of which he does not.

Who is actually out there in television listening land, who are the folks?  Is it all political Washington zealots like Chris--or do the midwestern conservative moms and cooks prevail.  Let the political conversation move forward with cooks and moms and men and women of both parties.

Bill O'Reilly, in all of his arrogance, apparently realized a change had to take place if he wanted to reach his often stated goal of interviewing Sarah on his show.

He knew he had to let her talk without trying to annihilate her as he bragged more than one time about his interview with former New Mexico governor, Bill Richardson.  Is it a wonder why anyone would not want to go on his show.

You have got to keep your mouth shut or you are going to go without.

Well, Bill learned his lesson and Sarah went on his show, talked about her political goals for the Tea Party, what the Tea Party stood for, her recent go-round with MSNBC's Martin Bashir, and also shared her recipes.  Bill gave a chuckle as if that was not important--dem or repub, this lady loves to cook and that's  important info on this blog.

Women get to talk  without a sexual slur--a slur Mr.Maher said, as if he thought he was justified because he was funny.  A statement that had no real answer.  How should Sarah Palin have responded to the horrific thing Bill Maher said.  There was no reasonable response or retaliation and as a lady that loves to talk and say her political opinion it was really resented.

Well, will he ever learn?  Will he take a lesson from Bill O'Reilly?  Can he ever be humble and forgo an opportunity for humor.  As if he is not already super funny and successful--was his comment really necessary.  Does Bill Maher realize Sarah Palin is controlling the media now--even with her outrageous statements--isn't that what all the big mouth guys are after, anyway--media attention.

Take a lesson Mr. Maher from you adversary Bill O'Reilly and let's see who can top him in ratings.

That's this dems fantasy--looking for humility from Bill Maher.
Posted by Chloelouise at 9:39 AM No comments: