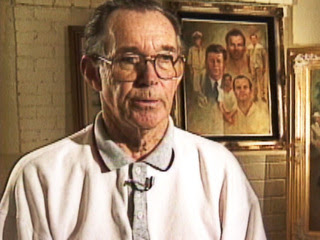 copied from the UT
Posted by Chloelouise at 5:56 PM No comments: Links to this post

Start my day, every day, with Perry and Della

MeTV--10 AM every morning in San Diego

I watch them every day and I am patterning my life around them.  They are the cutest people I have ever seen in my life.

Today they are going to a nightclub and dancing until dawn.  Perry said "Della, let's create some new memories."

"You're the boss," Della replied, as she had the cutest smile on her face I have ever seen in my life.

Start my day, every day, with my friends Della and Perry.
Posted by Chloelouise at 12:08 PM No comments: Links to this post

Posted by Chloelouise at 12:04 PM No comments: Links to this post

Bill O'Reilly: Punishing in the name of Jesus

The butler of bilge, Bill O'Reilly, loves to try and hide behind Jesus.  This gets into the religion thing--justifying hate with Jesus and religion.  Jesus might love the people Bill wants to deny and judge.  Jesus may even love Bill and let him be a lesson for all of us.  It's confusing but I wish Bill would not try to talk for Jesus because I love Jesus, too.  Bill is tainting my idea of Jesus.  Personally I love Jesus, all religions, atheists; I really love Ron Reagan and cats, and the United States and President Obama---there.

Are all Catholic men this punishing?

Bill O’Reilly: Jesus is not ‘down with’ food stamps because most poor people are drug addicts (via Raw Story )

No one knows what Jesus would do to feed today’s poor, hungry Americans — but Fox News host Bill O’Reilly is pretty sure the Christian savior wouldn’t be “down with” giving them food stamps because it’s “their fault.” After Rep. Jim…

Read more »
Posted by Chloelouise at 9:35 AM No comments: Links to this post