The Naughty London Mayor Said What? 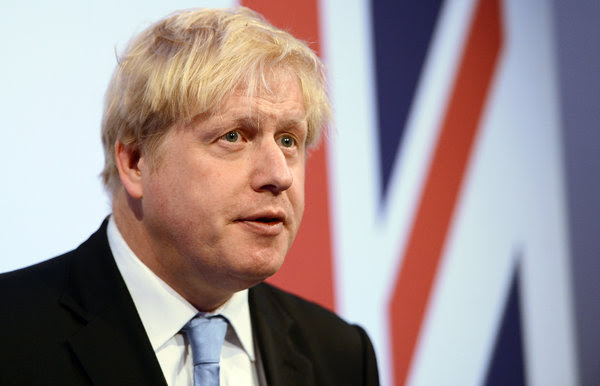 Pool photo by Stefan Rousseau
Boris Johnson, the mayor of London, shown in May. Many believe that Mr. Johnson wants to succeed David Cameron as Britain’s prime minister and leader of the Conservative Party.

Follow@nytimesworld for international breaking news and headlines.
Twitter List: Reporters and Editors
Mr. Johnson, who many believe wants to succeed David Cameron as prime minister and leader of the Conservative Party, has created for himself an image that is both bumbling and endearing, based on bluster, wit and fundamental competence.
He has survived missteps, including various affairs and a love child, that would have sunk ordinary politicians, and he is a fiercely intelligent debater and funnier than most comedians.
But his comments on Wednesday night in the Margaret Thatcher Lecture at the Center for Policy Studies here have created an uglier fuss, with the deputy prime minister, Nick Clegg, of the Liberal Democrats, accusing Mr. Johnson of a “careless elitism” and discussing humankind “as if we are a sort of breed of dogs.”
Mr. Johnson is no scientist, but he has stepped into the kind of debate over the relationship of I.Q. to race and poverty that has tripped up many others before him. He was defending the record of Mrs. Thatcher and her belief in hard work and meritocratic reward, and he urged both helping the poor and giving more support to the brightest. But as he did so, he appeared to mock the 16 percent “of our species” who have an I.Q. below 85 and urged that more help be given to the 2 percent who have an I.Q. of 130 or above.
He said that inequality was inevitable and essential to spur envy and ambition, and hailed greed as a critical spark for economic activity, even as he said he hoped that the financial boom of London would not produce the cruelty of the past.
“I also hope that there is no return to that spirit of Loadsamoney heartlessness — figuratively riffling bank notes under the noses of the homeless,” he said. At the same time, he spoke about growing inequality as a danger to civic peace and made an analogy comparing people to cornflakes in a cereal box that, when shaken hard produced some cornflakes that rose to the top.
“For one reason or another — boardroom greed or, as I am assured, the natural and God-given talent of boardroom inhabitants — the income gap between the top cornflakes and the bottom cornflakes is getting wider than ever,” he said, adding, “We cannot ignore this change in relative economic standing, and the resentment it sometimes brings.”
The left-leaning Guardian newspaper was not alone in pointing out, in an editorial, that Mr. Johnson had misunderstood the nature of the I.Q. test, on which a score of 100 is defined as average. So it is simply a matter of a normal bell curve that 16 percent of the population would be below 85 and 2 percent at 130 or above.
“Any idea that they say anything about ‘our species’ is, well, specious,” The Guardian wrote, adding that I.Q. figures were irrelevant to any discussion about wages. And the newspaper suggested that Mr. Johnson’s elite upbringing, including his time at Eton, might have had something to do with causing “his flake to float to the top of the box.”
Mark Steel, writing in The Independent, praised Mr. Johnson’s “courage,” noting sarcastically that the trouble with Britain was that its bankers had not been able to display any greed. Even in 2006, Mr. Steel noted, they were instead “renting out their offices for free to orphans and injured kittens.”
^^##::  copied from the New York Times.
Posted by Chloelouise at 12:47 PM No comments:

Posted by Chloelouise at 9:04 AM No comments: