Our Fortnum and Mason Christmas tree is now fully decorated with its lights on. Happy Holidays everyone.... — with Anthony Prim.

Posted by Chloelouise at 2:59 PM No comments:

The Men Who Killed Kennedy...talking about LBJ

Really enjoyed Roger Stone's talk on Coast to Coast....Saturday night chatting about his new book The Man Who Killed Kennedy and his details about LBJ.

He referred to the show of  The Men Who Killed Kennedy featuring the information of Barr McClellan......I thought that made much more sense than Oswald acting alone and Roger Stone's  theory makes a lot of sense, too.   Some of the info is the same.

I did see that on the 40th anniversary as an update of TMWKK.

That was never shown again as far as I know and immediately after that Frank Sesno went on the Hx channel with experts and if my memory serves me correctly Dalleck was one of them denouncing the whole thing and saying there was no evidence.  Comments are welcome.

Its just odd that there are so many facts from Roger Stone and Mr McClellan.   It would be interesting to see if all of these facts about LBJ pointed out by these two experts could be proved false--they really make more sense than the Oswald philosophy.

This is my point:  why can't this go forward?  Is it because unless you can prove it absolutely beyond any shadow of a doubt it will be nixed out of respect for Johnson's daughters?

Because I guess how can the government say......oh well, we are so corrupt we let one president kill another.  Seriously, how can they say that to Caroline Kennedy.

There are too many facts....Bill Hemmer on Fox--an informant has Marcello saying he did it, but they will not release the tapes, so is that wrong, too.

Is everything wrong but Oswald?

And then the Bill O'Reilly thing...so many people believe him.  This is frustrating......I think the facts are there but they just cannot get it together basically through disinformation.....or from too many conflicting facts....can we ever gel this thing up, or what?

A simple explanation...J. Gary Shaw said it was basically a turkey shoot in Dallas....there were many factions angry about his arrogance.

Barr and Roger basically have the same story as E. Howard Hunt and I do not know why that is not taken more seriously, also.  I believe Hunt names Cord Meyer.....and that man certainly had motive....the Kennedys were wonderful but also very unapologizingly arrogant.

It seems like many knew it was going to happen but kind of looked the other way.....thanks for your time.
-- chloelouise.....please comment....welcome disagreement.


from you-tube, this is an interview with Barr McClellan.......

Posted by Chloelouise at 2:47 PM No comments:

Geraldo Reacts to Zimmerman Arraignment: ‘He’s a Borderline Psychotic at This Point’

All three major cable news networks broke into regularly scheduled programming Tuesday afternoon to carry the live arraignment of George Zimmerman following his arrest Monday for aggravated assault, battery domestic violence and criminal mischief.
Zimmerman’s bail was set at $9,000, he was ordered to wear an electronic monitoring device and stay at least 1,500 feet away from the residence where the incident occurred. The judge declared he would be denied the use of guns until the issue is resolved. In addition, prosecutors revealed that Zimmerman’s girlfriend Samantha Scheibe reported to them another choking incident that occurred one week earlier.
Immediately following the arraignment, Geraldo Rivera shared his thoughts about Zimmerman on Fox News. “My basic reaction is that this man is hanging by a string. I think that he is a borderline psychotic at this point,” he said. Rivera described Zimmerman as “a person who has so immersed himself in the gun culture.” And while “He was lionized by many–by some at least–as a hero, he has no clear direction in his life… I think he’s a very, very dangerous person and he could hurt this woman.”
At the same time, Rivera added, “Given the weight of the evidence, the judge was prudent in this case. He was not at all punitive to George Zimmerman. He could have hit him with a much higher bail. He could kept him with no bail because of the risk of violence to this woman.”
Looking at the latest incident in relation to the Trayvon Martin case, Rivera asked, “How much of this acting out now is a function of the trauma he went through in that event, and how much of this person was present the night Trayvon Martin lost his life?”
Watch video below, via Fox News:
Posted by Chloelouise at 10:56 AM No comments:

Associated Press - FILE - In this June 29, 2013 file photo Mick Jagger, center, Ronnie Wood, left, and Mick Taylor, of British rock band The Rolling Stones, perform on the Pyramid main stage at Glastonbury, England. The Rolling Stones on Tuesday, Nov. 19, 2013 announced they’ll be playing a gig March 22, 2014 at the Adelaide Oval in Australia. The band hasn’t played the country since 2006. A news release says former member Taylor will be a special guest for the concert. (Photo by Joel Ryan/Invision/AP, File)

The Rolling Stones are headed to Australia, and they’re taking Mick Taylor along.
The enduring rock ‘n’ roll favorites announced Tuesday they’ll be playing a gig March 22 at the Adelaide Oval. They haven’t played in Australia since 2006. A news release says ex-member Taylor will be a special guest for the concert. 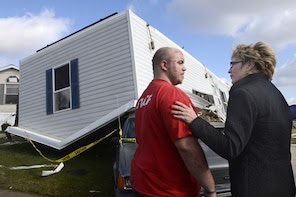 Photos of the day

Tornado cleanup, Philippine relief effort, bail hearing for Greenpeace activists, high water in Venice and more.
GoingOut Guide
Looking for things to do?
Select one or more criteria to search

The date is the latest on the 50 and Counting tour, a celebration of the five decades Mick Jagger, Keith Richards and Charlie Watts have been together. Ronnie Wood joined in the ‘70s. The tour began last November.
The Stones will be the first entertainment event at the Oval, a sports field that’s undergone a refurbishment. It’s been nearly two decades since the band visited Adelaide, leading Richards to say, “It’s been awhile, right?” in a promo video.
___
Online:
http://rollingstones.com
copied from the Washington Post......
Posted by Chloelouise at 8:58 AM No comments:

Just wanted to let everyone know of my very good car rental rate from AAA.

All of a sudden I had to make a trip from San Diego to the mid west.....right, I don't mind driving because I had to take my dog.

Love to book and plan my own trips, searching the Internet and finding the best but when it comes to car rental I have found that auto club seems to have much better rates and access consistently for car rental.

Now, I just call them first because looking around endlessly myself results in just a big waste of time.

Ended up talking to Bobbi at the Costa Mesa, California office.

She did all of the calling, she was friendly and knowledgeable--did not mind chatting and taking her time to find the best price.

Here is the good news, I really did not have to do anything as in give my credit card or make any calls--just show up and pick up the car.

I don't know if people in South Park San Diego realize it is a very easy and inexpensive bus ride to the airport.  4.00 and it is just about as easy as a taxi ride.  It is easy to find the route on google.

My own car never would have made the trip and the doggie boy was comfy.

Just wanted to say thank you to Bobbi in the Costa Mesa Auto Club for getting me all fixed up.

Good Job, well done and thank you for your time. 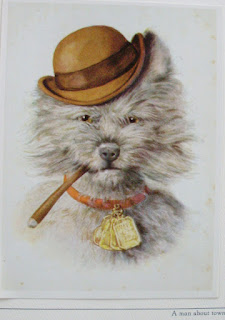 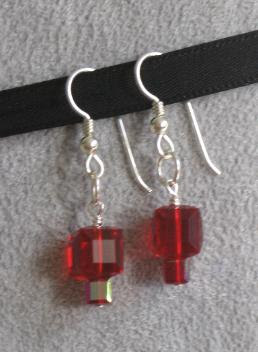