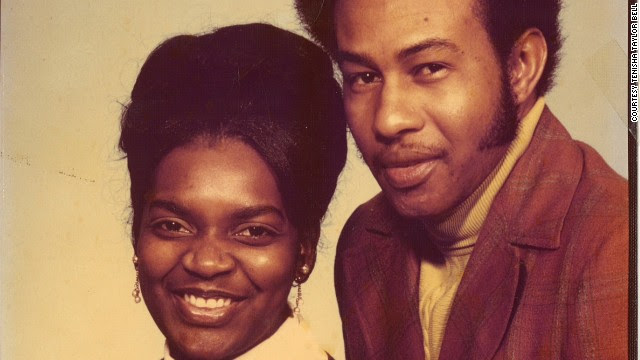 Tenisha Bell's mother and father Velma and Ezekiel Taylor. Bell's father was shot and killed in Chicago when she was 5.


STORY HIGHLIGHTS
Editor's note: Tenisha Bell is an executive producer at CNN and president of the Atlanta Association of Black Journalists.
(CNN) -- President Obama is visiting my hometown of Chicago -- the city I hate to love.

The president's visit focuses attention on gun violence, and comes soon after the funeral of Hadiya Pendleton, the 15-year-old who was shot down in Chicago after participating in the president's inauguration festivities.
I know way too much about urban gun violence; three people I love were shot and killed, like Hadiya, on Chicago's streets.

Tenisha Taylor Bell
I grew up on the South Side in the late '70s and early 80s. I was very young, but I recall the evening of my dad's death vividly. We had a green phone mounted on our kitchen wall. One night as my mom and I were sleeping in her bed, the phone rang. My mom awoke and went to the kitchen to answer.
She leaned against the wall, that green phone in her hand, with a look of despair and horror as her sister-in-law told her the news.
Become a fan of CNNOpinion
Stay up to date on the latest opinion, analysis and conversations through social media. Join us at Facebook/CNNOpinion and follow us @CNNOpinion on Twitter. We welcome your ideas and comments.

The Chicago police then banged on the door, saying, "We just found your husband dead." At that moment our lives changed. Chicago's ruthless streets had stolen my father. Ezekiel Taylor was shot and killed in a robbery, on his way home from church. He died four minutes away from the house where Michelle Obama grew up.
And so my mother, Velma, was left to raise me in a single parent household. Without her husband's income, she struggled to keep me in private school and extra curricular activities -- from ballet, to tap, to flute lessons, to drum lessons. Her sacrifice can never be repaid. She taught me how to be a survivor, and imparted strong values, standards and morals.
She also taught me the lesson of forgiveness. I forgive the two men and woman who killed my father because you can't go forward if you don't.
In high school, my great friend and honorary "big brother" died in the same street violence. Ron Hollister was intelligent, upstanding, funny and a good student . He was gunned down in a robbery on a summer day when he was home from his freshman year at college. He had gone to get his car washed.

Pendletons: Hadiya was bubbly, funny
As a senior in high school, I vowed to get out of Chicago, to escape the pain and tragedy. I worked hard and landed a full four year scholarship to Clark Atlanta University. I never looked back.
But in March of 2010, Chicago reached me in Atlanta with another horrifying phone call. My grade school buddy Steven Lee -- kind, funny and generous -- was leaving his birthday party and was caught in the crossfire of two gangs. Steven was killed by a stray bullet and his killer was never captured. To add to the tragedy for his family, his older brother was a Chicago police officer who was killed in the line of duty in August 2001.
My hometown is a war zone. Too many innocent children and young adults have died. Chicago police reported that 506 people were murdered in the city in 2012, about 16% more than 2011. Compare that with the fact that 310 American troops were killed in Afghanistan in 2012.
Chicagoans can be proud and hopeful that our president is going to the city to bring attention to this epidemic of violence. Too many mothers, fathers, sisters and brothers of murder victims have been suffering for too long.
Leaders like Chicago Police Commissioner Garry McCarthy and Chicago Mayor Rahm Emanuel need to figure out why murder rates in cities like New York and Los Angeles are plummeting while Chicago's continues to soar.
And parents, religious leaders, teachers and community organizers also need to help take back the streets.
The city needs an action plan to save innocent people from becoming victims like Ronnie, Steven and Hadiya. It needs more community centers to offer a safe haven and alternative to gang banging for kids. Young people need direction and mentors -- people like my mother, who instilled in me the values you need to rise above the challenges of poverty and despair.
I love Chicago because it made me who I am. It has the best pizza, a great skyline, gorgeous Lake Michigan, museums and a diversity of cultures on every corner. Obama called it home. It gave us Oprah, Michael Jordan, Nobel Prize winning author Saul Bellow -- and the great University of Chicago. It gave us Michelle Obama, who was also raised on the South Side.
But it's the city I hate to love, and I won't go back -- especially now that I'm raising a son. I don't want to lose him to the streets of Chicago.
I hope President Obama's visit will inspire the city to save itself, so young people in the future will feel they can live and raise a family in the city they love.
Follow @CNNOpinion on Twitter.
Join us at Facebook/CNNOpinion.
The opinions expressed in this commentary are solely those of Tenisha Bell.

Posted by Chloelouise at 11:05 AM No comments: 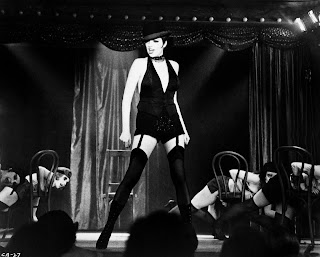 LaDona said  "Well, what do you think?"

LaDona please--Gloria Allred is right--there is no other answer then discrimination against women.

To me that only means men can do it and women can't--the conservatives and rush limbaugh--do they wonder why they lost the election?

Talking about the lady that was fired from San Diego Christian College for getting pregnant--It's illegal to have sex, get pregnant--really.  Apparently she signed some sort of contract that she would not get pregnant without being married while working at this business, but that discriminates against women Gloria said and that is illeagal by the constitution of California.  It also discriminates against women because men can have children without losing their job--there is really no evidence, but the woman's condition is obvious and she loses her job.

To further rub salt into the wound the father was employed by the school while the mom was let go.

The real question--La Dona cannot possibly be that obtuse--I think these talk radio people just say anything to make a show.
The other important fact LaDona is missing.  Gloria Allred is quite the amazing lady.  She has fought very hard for the rights of women.  She has taken many cases and won where the lady did not have the finances to fight the case by purchasing the services of an attorney.

LaDona claims she would just not do it....


Okay LaDona, I give you the self-control idea for just a moment--that does sound good on the surface.  I guess LDona is maintaining she has incredible self-control and judgement.  LaDona--have you ever been a teenager?  Maybe you signed the agreement because you desperately needed a job but did not really understand the agreement you signed.  Maybe the employee really did not have full command of the language.

LaDona, claims she is an atheist, sent to the moon over Ms. Allred, calls Gloria a self-promoter and a "fame-ho"......LaDona says they would fire the man that got the girlfriend pregnant in the same situation--LaDona, how would they know?

LaDona made a joke and said it hurt the girls feelings--in a condescending tone--but wait LaDona, I bet it hurt more than her feelings, I bet it hurt her wallet.

I think LaDona is an embarrassment against women and women's rights--LaDona reads everything carefully in advance, LaDona does not make mistakes.  That's a fabulous idea, but not every girl, lady, employee falls into that category--besides that their school statement is unreasonable--If I heard it correctly that feel homosexuality is immoral, as well.

Tell me what you think.
--
chloelouise
Posted by Chloelouise at 9:31 AM No comments: