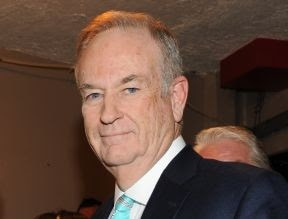 Bill O’Reilly (Frank Micelotta/Invsion/Associated Press)
A word of advice to anyone who ever gets invited onto “The O’Reilly Factor” to serve as chum for the show’s name partner. It shows Carl Bernstein, of Washington Post-Watergate fame, demonstrating precisely how to disarm the domineering Bill O’Reilly. As the segment makes clear, Bernstein’s invitation to “The Factor” stemmed from edgy comments he made on MSNBC’s “Morning Joe.” In hammering the GOP for its tactics on the government shutdown, Bernstein said that the party had “become a rabid organization from the top down. The leadership, it’s cancerous. We have to go back to the party — to the Democratic Party of segregation to find this kind of scorched-earth politics putting the national interests nowhere and putting ideology and ideology above all else.”
Just the sort of stuff that interests the staff of “The Factor.”
O’Reilly ran the “Morning Joe” clip and then told Bernstein he thought those remarks were “unfair.” “I think that was a little bit unfair because the Republican Party is so all over the place on this. There isn’t a consensus in it. I thought you demonized the party unfairly there,” said O’Reilly.
Then the host thus began his prosecution — and Bernstein refused to allow it to proceed. See, O’Reilly’s trick in these clashes is to insist that the debate follow his own agenda, his own touchstones. So he interrupts his opponent and makes them address issues that he stipulates, regardless of whether those issues bear on the larger points. Here’s how Bernstein beat back O’Reilly’s initial effort to steer things his way:

BERNSTEIN: Well, let’s go back to what I said about ideology, which is exactly the same thing you said at the top of the show almost word for word — about ideology becoming secondary to facts and to the national interests. I could have quoted Bill O’Reilly.
I used the example of segregation and the horrible example of the Democratic Party and the appeasement by others in the Democratic Party in the early 50s of the segregationists, the same way the leadership of the Republican Party has appeased this know-nothing fashion that has brought on this –
O’REILLY: All right. But — I think we get your point.
BERNSTEIN: Let me finish, Bill. No, no let me finish. I’m talking about the leadership, meaning Eric Cantor, Boehner who went along with this craziness for a while, McConnell who didn’t say to his party “Stop this. This is hurting the country.” That is rabid leadership. This is what McCarthyism was also about.

Bernstein wasn’t going to get bullied. Resisting O’Reilly’s first attempt to hijack the discussion is critical, because once he has a toehold — once he is pushing his points — it’s impossible to rewind the whole enterprise and recover. The host is just too insistent. Here, Bernstein continues protesting, demanding at one point, “let’s stop here.” Those ploys allow him to battle O’Reilly on somewhat equal turf. The glory of it all is that the segment is pleasant, enlightening and worthy of “The O’Reilly Factor’s” stratospheric ratings. No finger-jabbing whatsoever.
Watch the exchange here.
Posted by Chloelouise at 6:01 PM