Twice within the last two weeks Bill O'Reilly has referred to the assassination of President Kennedy in comparison to President Obama.

He often mentions Kennedy as he touts his recent book, Killing Kennedy.

He said the sentiment of the country is the same now about President Obama as it was right before Kennedy was assassinated.

A viewer wrote in to criticize and O'Reilly became even more adamant about his position and defending his statement....even making the assertion that is was important for the viewers to know this information.

Many may not agree with not only this statement, but this interpretation of the country's sentiment and the possible insinuation that goes along with this idea.

What is the actual goal of O'Reilly, this bilge busting reservoir of flatulence?

Many citizens and voters, as we saw by the last election, are glad to have President Obama in office and very glad to have health care.  Many republicans have stated they were happy to have their children remained covered to the age of 26.

Is "stirring up" the job of the right wing conspirators.....

As those horrible words were repeated, twice, by the seemingly insane king of Fox News fanatical facts of anti-democrat propaganda the horrible words of the old white racists came to mind form The Men Who Killed Kennedy predicting the terrible event to happen in Dallas.

Bill often states as he did on the morning show of CBS when asked if he will be running for office.......I am the only one looking out for the folks.

No, President Obama, is not a communist or socialist, as you also tried to say this week.

Is this man extremely dangerous, or what.

Is he actually jealous of President Obama because he is cute and funny........this may be the real reason.

92.00 to 147.00 for the regular seats.......and.......539.00 for a chance to meet and greet with Bill and Dennis Miller.  Just wondering if these are the average folks Bill is meeting as he tours around the country on his Bolder and Fresher gig.  Are these the average working folks he is looking out for, people who pay 539.00 to see his show.

Are the voters in the working class neighborhoods who elected our President and who are thankful for health care paying to see that show.

Is Bill's vision skewed.......will he be visited by the secret service like Ted Nuggent and what are his actual goals? He is very offensive to those other "folks" who see President Obama as someone with a wonderful vision for our country.


Warning:  Do not be dragged into to this grand narcissistic scheme--it will only be harmful in the long run. 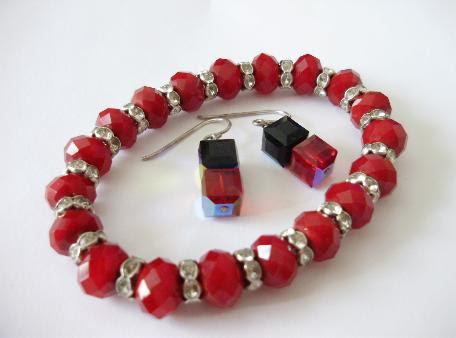 This set is 18.00.....The earrings are 8mm swarovski cubes with sterling silver findings.......I put it together with a bracelet I purchased at the gem show in Tucson.......cl
tax and shipping are included in the price.
Posted by Chloelouise at 10:26 AM