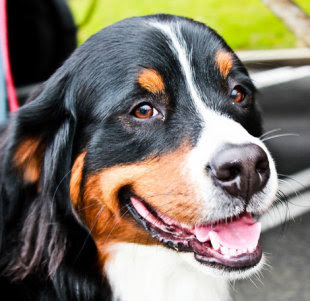 Rover is so overTraditional pet names like Fido and Rover have been replaced by popular baby names, according to report by John Lewis Pet Insurance.

The study of more than 50,000 pet names found that the top 10 pet names also appear among the 70 most popular baby names in England and Wales.

The decline of traditional pet names is demonstrated by the fate of Rover and Fido, which were both in the top 10 in the 1970s but have dropped to 840 and 1,480 respectively.

Animal insurance company Petplan says this decrease in popularity suggests that owners regard their children as part of the family.

But those four-legged family members aren't getting just any names - many of them are inspired by children's books and television shows.

Popular names for dogs include Dora from Dora "The Explorer," Woody from "Toy Story," Winnie from "Winnie The Pooh" and Minnie from Disney's Minnie Mouse.

Harry Potter-inspired pet names are especially popular. The best-selling book series has given names to both cats and dogs, with top names being Harry, Luna, Dumbledore, Fleur Delacour, Draco, Lupin, Severus and Dudley.

Posted by Chloelouise at 8:59 AM