Malala Yousafzai: "I am here to speak up for the right of education of every child" 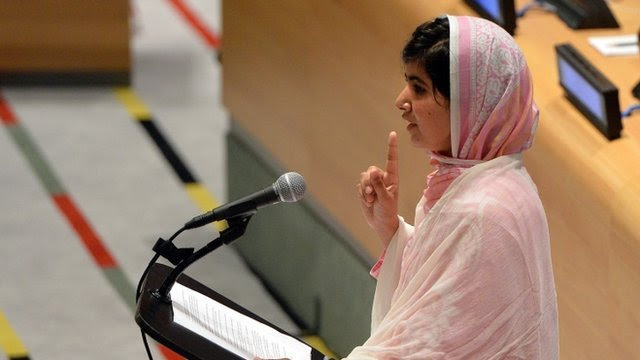 Malala Yousafzai: "I am here to speak up for the right of education of every child"
Continue reading the main story

Malala Yousafzai, the Pakistani girl shot by the Taliban, has told the UN that books and pens scare extremists, as she urged education for all.
Speaking on her 16th birthday, Malala said efforts to silence her had failed.
She was shot in the head on a school bus by Taliban gunmen because of her campaign for girls' rights.
The speech at the UN headquarters in New York was her first public address since last October's incident in Pakistan's north-western Swat valley.
Malala has been credited with bringing the issue of women's education to global attention. A quarter of young women around the world have not completed primary school.
'Afraid of women'

After the shooting, Malala was flown from Pakistan to the UK for treatment, and now lives in Birmingham, England. 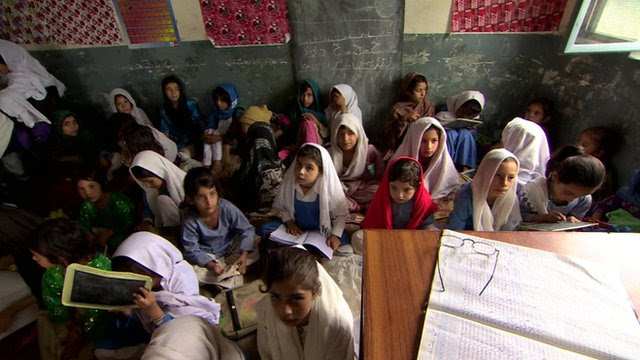 Latest figures show Pakistan has the second highest number of children out of school in the world.
To a standing ovation, Malala told the UN on Friday that the Taliban's attack had only made her more resolute.
"Weakness, fear and hopelessness died. Strength, courage and fervour was born," she said.
"The extremists were, and they are, afraid of books and pens," Malala added. "They are afraid of women."
She continued: "I speak not for myself but for those without a voice."
The Taliban "thought that the bullet would silence us, but they failed", she added.
Malala said she was fighting for the rights of women because "they are the ones who suffer the most".
Continue reading the main story


BBC School Report at the UN 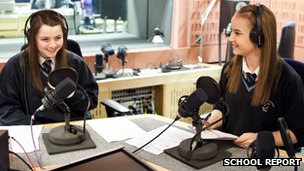 She called on politicians to take urgent action to ensure every child has the right to go to school.
"Let us pick up our books and pens," Malala summed up. "They are our most powerful weapons.
"One child, one teacher, one pen and one book can change the world. Education is the only solution. Education first."
A passionate campaigner for female education, Malala addressed more than 500 students at a specially convened youth assembly.
Former British Prime Minister Gordon Brown opened the session, telling the youths gathered they were a "new superpower" in the world, and appealing to them to help overcome obstacles to accessing education.
"You cannot say there is anything other than an education emergency that we need to solve," Mr Brown said on Friday.
UN Secretary General Ban Ki-moon also addressed Friday's session.
Calling Malala "our hero" and "our champion", he said: "She is calling on us to keep our promises, invest in young people and put education first."
The schoolgirl, who set up the Malala Fund following the attack, is also presenting a petition of more than three million signatures to the UN secretary general demanding education for all.
Continue reading the main story

The event, described by the UN as Malala Day, has been organised by Mr Brown, now the UN Special Envoy for Global Education.
He said: "Getting every girl and boy into school by 2015 is achievable.
"It is only impossible if people say it's impossible. Malala says it is possible - and young people all over the world think it is possible."
Aid agencies say that female access to education in Pakistan is a particular problem.
They say that the country ranks among the lowest in terms of girls' education enrolment, literacy and government spending.

More on This Story

Posted by Chloelouise at 8:51 AM