Calling All Jaggernauts.......The Washington Post Reviews The Last US Stop on Stone's Tour


Rolling Stones concert review: 50 years on, Mick and the boys still have our number 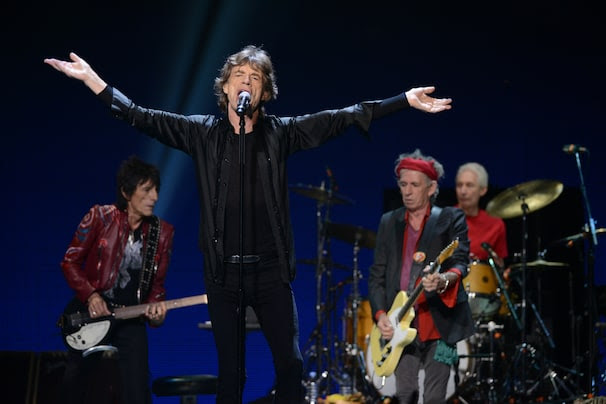 Celebrating a half-century in circulation, the Rolling Stones made the final U.S. stop of their “50 and Counting” tour Monday night at Verizon Center. Was the tour’s title a subconscious nod to the arithmetic we’ve crunched in our heads every time the Stones have hit the road since 1989?
How old they are now?
And tickets cost how much? Carry the seven. . .
Another question: Would this be the band’s last American gig?
If we’re really counting, it’s been 17,917 days since the Rolling Stones played their first stateside concert — in San Bernardino, Calif., on June 5, 1964. In the decade that followed, the group set the trajectory of rock-and-roll with maniac brio. Its songs were made from crude gestures, but they consistently, mysteriously added up to something triumphant.
At Monday’s gig, the 21 tunes performed — during a two-hour-plus show — felt like a blend of ritual, compulsion and instinct that only a 50-year-old band is capable of summoning. There were some rough edges, but the Rolling Stones’ magic has always emanated from rough edges.
And nobody up there was punching a clock. Keith Richards, his nest of hair cinched in a red headband, seemed overjoyed to be trading chords with fellow guitarist Ron Wood during “Street Fighting Man.” As he coaxed some twinkling nastiness from a margarine-colored Telecaster during “Paint It Black,” he flashed a toothy white smile.
Throughout the night, frontman Mick Jagger remained a freakish miracle, indefatigable of limb and larynx, pumping his fists at the air in front of him as if sentenced to bang on some phantom door for the rest of his earthly existence. (In addition to his unrelenting energy, he also let loose a blistering zinger during a banter break with the Washington crowd: “I don’t think President Obama is here tonight. . . . But I’m sure he’s listening in.”)
But the biggest miracle up there was drummer Charlie Watts, who celebrated his 72nd birthday earlier in the tour. He did serious work with a light touch, burrowing into the beat of “Gimme Shelter” as if digging a ditch with a teaspoon.
Right up through a three-song encore, this was a give-them-what-they-paid-for kind of show, but that didn’t stop Jagger, Richards, Wood and Watts from finding fresh creases and contours in their songbook. With the help of bassist Darryl Jones, keyboardist Chuck Leavell, and sax men Bobby Keys and Tim Ries, the hits kept adding up.
Number of songs where Richards sang lead: two (“You Got the Silver,” “Before They Make Me Run”).
Number of songs where self-exiled Stone Mick Taylor materialized to play guitar: two (”Midnight Rambler,” “(I Can’t Get No) Satisfaction.”)
Number of ladies undergarments pelted at Jagger: at least two.
Number of days before we get to do this all again: unknown.
Twitter: @chris_richards