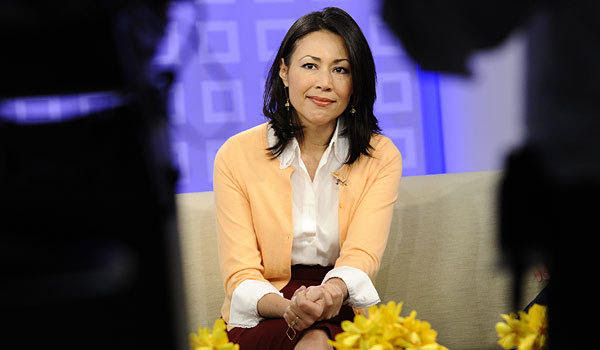 An excerpt of the book "Top of the Morning: Inside the Cutthroat World of Morning TV," by New York Times reporter Brian Stelter, says the main person behind Curry's ouster was "Today" executive producer Jim Bell. (NBC)
By Patrick Kevin Day

According to a new book about the world of network morning shows, ousted "Today" show co-host Ann Curry described her final days regularly appearing on the show as "professional torture."
An excerpt of the book "Top of the Morning: Inside the Cutthroat World of Morning TV," by New York Times reporter Brian Stelter, appearing in the New York Times Magazine, says the main person behind Curry's ouster was "Today" executive producer Jim Bell, who called his plan to get rid of Curry "Operation Bambi."
The reason for the name? Staffers believed getting rid of Curry would be like shooting Bambi.
PHOTOS: Hollywood Backlot moments
Among the other revelations in the report: Bell created a blooper reel of Curry's on-camera mistakes and created a photo of Curry in a yellow dress alongside a picture of Big Bird asking the question, "Who wore it better?" The book also says Bell denies these actions.
The excerpt also describes how Curry arrived at 30 Rockefeller Plaza one day last month without her ID and had to present herself to the security guard and had to spell her name.
Curry's tearful departure from "Today" last summer was the start of a public relations disaster for the once-mighty morning show as it tumbled to second place behind ABC's "Good Morning America."
And though Bell takes most of the blame for Curry getting the bum's rush, some of the blame is placed at the feet of co-host Matt Lauer, whose lack of chemistry with Curry and indifference to her role on the show helped seal her fate.
The whole nasty episode damaged Lauer's reputation with the public, as he joked at a UJA Federation of New York’s Broadcast Cable & Film Division event that his own Q rating (or measure of his popularity with the public) was below polio.
Although Curry remains with NBC News, she has appeared on the air only  a handful of times since her departure from "Today" last summer.
Posted by Chloelouise at 8:31 AM