President Obama will continue to out maneuver Romney

President Obama will continue to out maneuver Romney and enjoy a second term.  He has already stood up for too many important issues such as gay marriage and against rush limbaugh speaking against Sarah Fluke.  He setting the tone and setting an example for a high moral ground in the United States.  He wants health care for everyone like all of the other advanced nations.  He will go down in history as a great president, one who was not afraid to speak out for what was right.

You'll find that Barack Obama is the president of every citizen of the United States, and that is something to be proud of, and that is why he is respected around the world, in comparison to some of our other leaders.

........written in response to Juan's posting on "The Hill'' and all of those crabby conservatives. 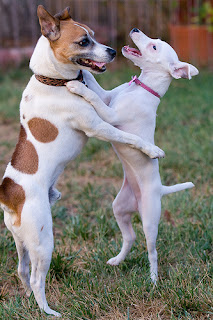 On immigration, Romney is left without an answer, as usual.  On healthcare, there will be many angry citizens whose children are now covered to the age of 26.  The repubs will have to answer for that--and provide healthcare if it is overturned.  The conservatives are very good at digging their own grave.
Posted by Chloelouise at 9:03 AM No comments: