Rush Limbaugh and His 12 Step Program For ROWGS 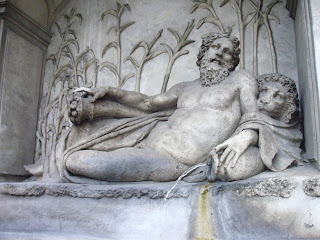 update 12-28-12:     Well, everyone knows I have always loved waving and riding--especially when the focus is on me!!.......rush replied when questioned about the exciting news!!!

and what are ROWGS, asked one of the reporters at the press conference......Oh--that was the rich old white guys, but they're not in style any more.  You know, at one time they ruled the world, but now they don't....and this is sort of a celebration.

rush, you portrayed your activities of "watching" as normal while you debased the activities of young women as vulgar and street worthy. In my dream your punishment will be allocated by Whoopi Goldberg--she said in her television special she's willing to talk about it--she is willing to have a conversation about race and I am including women--she doesn't mind if there is a disagreement. She is willing to answer questions.

Now--we'll begin by sitting down and having a talk. In retribution you will get down on your knees and wash Whoopi Goldberg's feet and listen politely as she takes her valuable time to explain to you where you have gone wrong with women, racial slurs, the tea party, with President Obama--and with your life in general.

You'll act interested. You will be a guest on THE VIEW and tell the women of America what you learned and how lucky you were to have the opportunity to have a chat with Whoopi. It turned into a really enlightening experience. Barbara Walters will interview you with heartfelt questions and you will cry to show you're sorry and your sincerity.

You'll do "Oprah's Next Chapter" and discuss your new hobby of flower arranging and your new life, in general. A serious discussion will continue on how getting in touch with your feminine side has had positive effects on all of your relationships. You will say that health care is a right of every human being in each appearance--not something to be bought and sold and bantered about as an election talking point.

CNN will pick you up for a new show about multi-cultural women in the United States and around the world. You will feature Cooking With Alia to showcase strong young women around the world. You like it as a business model and you have always wondered about the proper use of Moroccan spices. You have Glen Beck and Bill O'Reilly on your new show and try to chat with them about the possibility of changing their ways--have they ever just thought about being a Democrat?

You will be heralded for developing a 12 step program for R.O.W.G.'s to promote the betterment of all people and relationships in the United States and around the world. Your crowning glory will be to write a column for drudge to promote equal rights for women.

You disclose to Oprah in a soft voice that the giant hole in your heart has closed and you are finally able to give up food and pills as a crutch. You also reveal you are actually enjoying your new humility--you never thought you would be able to say that. Driven by fear and insecurity about your own masculinity you were hiding behind the arrogance and the pretense was becoming a burden. You will also confide to Oprah on national television that you have secretly always been jealous of Bill Clinton and you went home with a stomach-ache after that time you made fun of Hillary's hair.

Sean Hannity finally challenges you to a face-off in disgust. You reveal to Sean, you had been looking to Bill Clinton for diet and health advice for a long time. As you and Bill eventually became friends, it was hard at first, you realized that he was a great world leader and you asked him if you could make a large financial contribution to is humanitarian causes.

Bill agrees to keep your new life private but urges you to publicly add your name to his cause--you finally give in and your name is glorified with other world leaders.

Sean remains angry and mystified and continues to suffer from the disease of chronic and incurable self-righteousness.

Rush finally concedes to Leslie Stahl in CBS Sunday Morning exclusive, "I looked in the mirror one day and said, I'm large! and not just in radioland; frankly, Leslie, I was feeling jowly." "I heard Bill C. say he only eats things that are grown--no faces--my face was giant, and I did not want someone to eat me!"

......rush asked Leslie Stahl after the interview lights went off---did she know of any classes about making jewelry, earrings specifically,  he loves color and wants a couple of pairs of earrings like hers--one for himself and one for his wife, too.
Posted by Chloelouise at 9:00 AM