The Rolling Stones perform at Prudential Center on December 13, 2012 in Newark, New Jersey.
Kevin Mazur/WireImage
By Patrick Doyle
Seven songs into the Rolling Stones' set at the Prudential Center in Newark, New Jersey, last night, a roadie handed Mick Jagger a printout. "We're going to do a request," Jagger said, adding that fans voted for a song of their choice on the band's new mobile app. The winner? 1964's "Around and Around."
"That's an old one, isn't it?" Jagger said. "We haven't done that one in a long time!" (According to fan site It's Only Rock and Roll, they last played the song at Toronto's El Mocambo Club in March 1977). They tore through the Chuck Berry classic, Jagger clapping upward and dancing furiously as if channeling his old T.A.M.I. Show performance, Keith Richards and Ronnie Wood weaving double-string licks as the song swung in a way it never really has before. "Yes!" Jagger said with a grin afterward. "That's right!"
The Rolling Stones 1963-1969: Behind-the-Scenes Snapshots
The Stones got loose last night, their fourth of five 50th-anniversary shows this year. Without the high-profile guests of the other recent shows (Jeff Beck, Eric Clapton), the band seemed to revel in playing with each other. Charlie Watts grinned ear to ear as he pounded the brooding intro to "Paint it Black," Wood nearly bounced out of his chair while nailing the pedal steel lines to "Happy" while Keith belted the song with such glee he appeared emotional. Jagger was chatty and personable between possessed performances, at one point reflecting on playing Newark in the summer of 1965. "Thank you for 50 years of coming to our shows," he told the crowd. "Thank you very much."
Like the other recent shows, the set began with largely early- to mid-Sixties cuts; they played "Get Off of My Cloud" with machine-gun attack, and were triumphant on "The Last Time." It's a marvel to see them play these songs, all sounding fresh again after years of dormancy.
The night's first truly bone-chilling moment came during "Gimme Shelter," when the band conjured a dark musical storm while backup singer Lisa Fischer howled lead vocals alongside Mick for the first time since the Bigger Bang tour, reminding us no one does the job better. (Mary J. Blige sang with Jagger at one of two London shows and in Brooklyn, and Florence Welch handled the other London show.) "I love you!" Jagger told Fischer afterward.
Jagger soon welcomed John Mayer for "Respectable," a welcome surprise song choice. Mayer delivered with a manic, wicked solo; Ronnie Wood matched him with his own, grinning as he effortlessly pointed his guitar neck toward the crowd. Richards went next, firing away rhythmic blasts with intent focus. But Mayer took the last word with a frenzy of flashy notes. It felt like bad form, but Keith didn't seem to care, flashing a giant grin – this was a party. They soon flashed forward, nailing the new time-shifting apocalyptic workout "Doom and Gloom," a new live highlight.
"New Jersey is the only place you don't have to be working out to wear a track suit," Jagger joked. He also made reference to the "12-12-12" benefit at Madison Square Garden the night before. "We had an amazing time," Jagger said. "We even had Bruce open up for us." (Springsteen joins the band on Saturday in Newark). The night's only weak moment was "One More Shot" where everybody seemed so lost it nearly fell apart, the band looking at each other for cues. Afterward, Keith shrugged at the crowd and laughed.
But there was nothing quite like seeing Mick Taylor play with the Stones again. For his first time playing with the band on U.S. soil since 1981 (he played with them in London late last month), he emerged unassumingly and unannounced, but as soon as Richards launched into an 11-minute "Midnight Rambler," Taylor unleashed flourishes of virtuosic greatness that were unmistakably him. As Jagger howled furious harp lines, Taylor rocked back and forth, grooving harder than he did on the entire 1972 tour while the band gave him plenty of room to stretch out. "Mick Taylor!" Jagger said afterward. "He's great! Really good!"

It was a marathon from there, the band nailing the slinky air-tight groove of "Tumbling Dice" – Keith played the riff eyes-closed, as if meditating in it and a raucous "Brown Sugar." The guitars blared full force in "Jumpin' Jack Flash," with Richards grinning with each riff stab as Jagger punched the air as he sprinted the catwalk tirelessly; after a heavy "Satisfaction," Taylor returned to take a bow with his old bandmates.
Earlier in the night, during his solo set, Keith Richards referenced Hurricane Sandy while talking to the crowd. "I know you guys had a rough time. We admire the way you stuck with it. Keep on trucking, you know?" We felt the same way about them.
Set list
"Get Off of My Cloud"
"The Last Time"
"It's Only Rock 'n Roll (But I Like It)"
"Paint It Black"
"Gimme Shelter"
"Respectable" with John Mayer
"Wild Horses"
"Around and Around" (first since El Mocambo March 5, 1977)
"Doom and Gloom"
"One More Shot"
"Miss You"
"Honky Tonky Women"
"Before They Make Me Run"
"Happy"
"Midnight Rambler" with Mick Taylor
"Start Me Up"
"Tumbling Dice"
"Brown Sugar"
"Sympathy for the Devil"
Encores:
"You Can't Always Get What You Want" with The Choir of Trinity Wall Street
"Jumpin' Jack Flash"
"(I Can't Get No) Satisfaction" 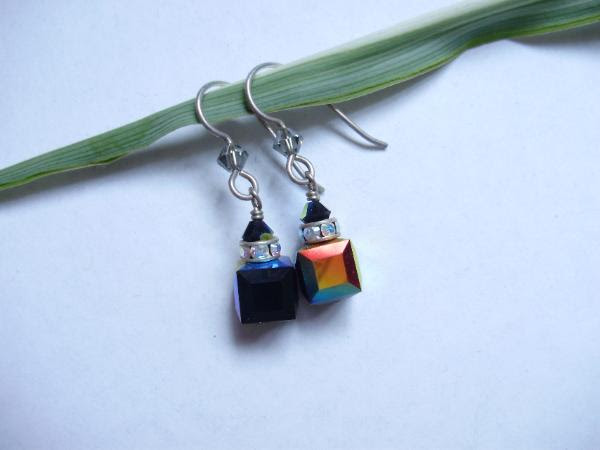 Posted by Chloelouise at 9:10 AM